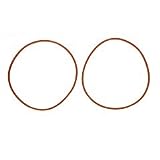 How does an automaker lose 25 percent of its sales over the same 5-year period that new car sales increased 20 percent? If you’re thinking the answer includes the word “diesel” keep in mind that 80,000 of that 116,000-unit slide happened before the diesel scandal broke. The word you’re looking for is “SUVs” — or, in VW’s case, “lack of SUVs.” The massive consumer shift from cars to SUVs over the past 5 years is something even the most prophetic industry analysts couldn’t (and didn’t) fully predict. Some car companies were better prepared for this shift than others. With just two aging SUVs in its product line Volkswagen was on the “not prepared” side of this spectrum, thus the sales implosion.

The 2018 Tiguan’s exterior styling looks good from every angle

We drove the all-new Tiguan in the Rocky Mountains just west of Denver, Colorado. Manufacturers often avoid high-altitude press introductions. They figure the thiner air does nothing to assist with engine performance, giving performance-hungry automotive journalists a reason to label their vehicle “underpowered.” The new Tiguan uses a 2.0-liter turbocharged four-cylinder engine making 184 horsepower and 221 pound-feet of torque. The turbo engine should counter Colorado’s thinner air, but it still struggled to move the Tiguan and felt, well…underpowered. That 184 horsepower is 16 less than last year’s Tiguan, and we also noticed the SUV’s towing capacity dropped from 2,200 pounds to 1,500 pounds during the redesign.