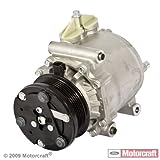 21 million self-driving cars will be sold by 2035 – MarketWatch

In 20 years, 16-year-olds may have to find a new rite of independence.

About 21 million self-driving cars are expected to be on the road world-wide by 2035, according to estimates by automotive research firm IHS Automotive. Global sales are expected to reach 600,000 by 2025, then grow by a compound rate of 43% annually for the next 10 years. The numbers are a significant increase from past estimates by the company, with factors such as the growth of ride-hailing services and auto maker investments in self-driving technology accelerating the expected timeline.


bought Cruise Automation, a self-driving technology startup, for $1 billion, and in May, Fiat Chrysler Automobiles


entered into a deal with Alphabet’s Google

Additionally, the rise in popularity of services like Uber and Lyft have affected the need for car ownership in urban and semiurban areas, making it easier for drivers to consider giving up the wheel altogether.

Despite heavy investment in the technology, consumers haven’t been as quick to jump on the self-driving train. Almost half of American drivers don’t want any self-driving features on their car, primarily out of safety concerns.

However, as the technology becomes more prevalent and its safety compared with human drivers is proven reliable, experts expect that drivers will embrace self-driving cars. The U.S. will be the first country with self-driving cars on the road, according to IHS Automotive, beginning in 2020. These cars will have to be able to share the road with the 250 million human-operated vehicles, as well as enter into a market where product turnover is slow — vehicles in the U.S. stay in operation for about 11 years, on average.

Additionally, government regulations and data collection protocols will have to develop alongside self-driving technology in order for these estimates to be realized, IHS Automotive said. Even the car insurance industry must prepare to adapt to the new automotive landscape.

“Those who don’t adjust to a changing world will unfortunately be left behind, or will at least face a very different industry,” said Jeremy Carlson, principal analyst at IHS Automotive, in a statement.