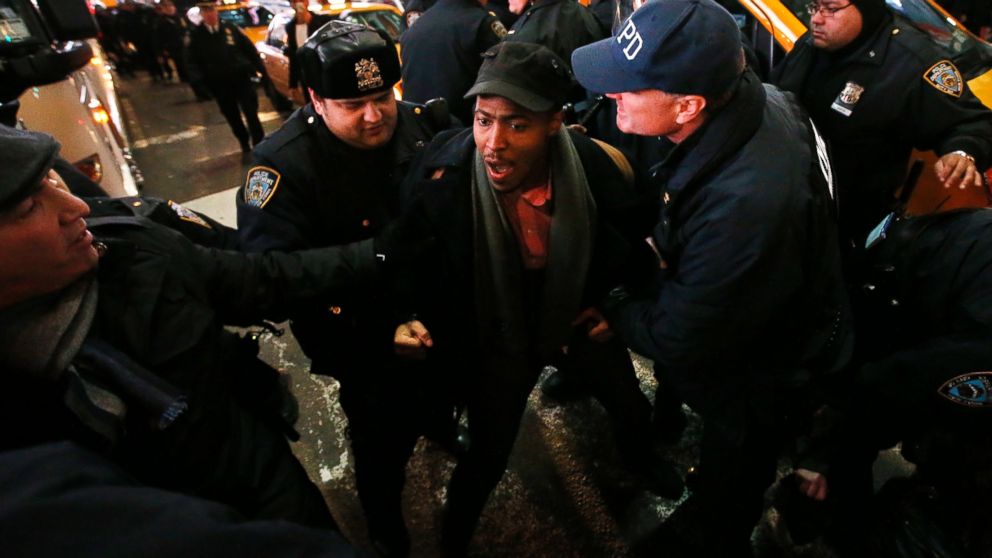 Many of the arrests involved charges for disorderly conduct or refusal to clear the streets, authorities told ABC News. 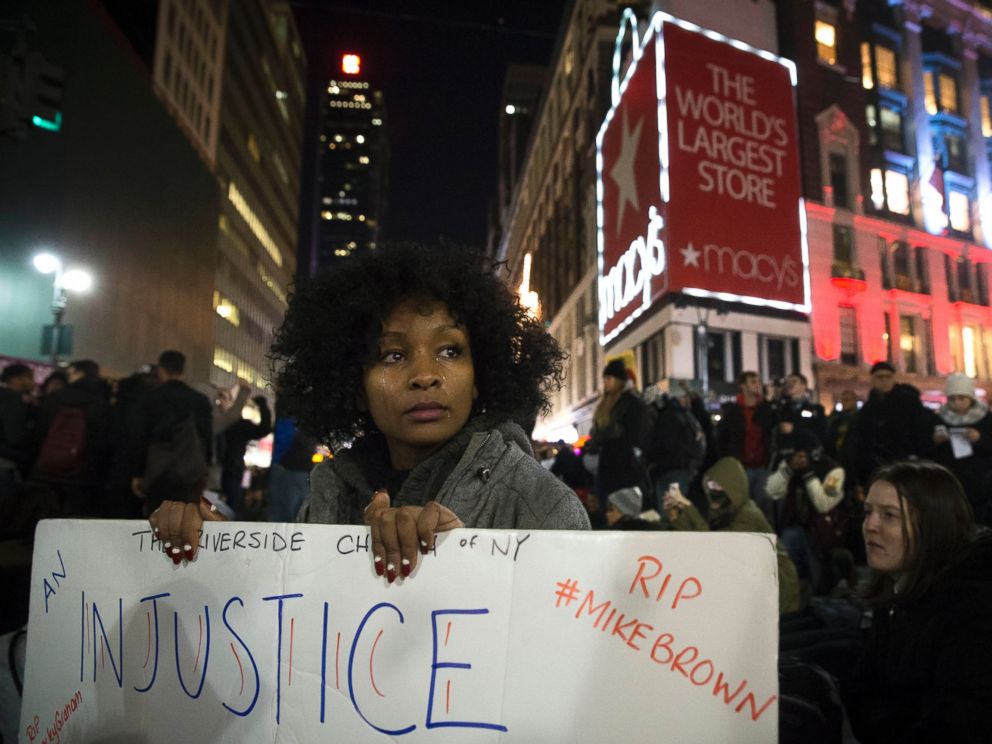 The protesters gathered in downtown Manhattan’s Foley Square and chanted “I can’t breathe” and “No justice, no peace” before marching across the Brooklyn Bridge, carrying replicas of coffins. Another group started in Harlem. The marchers also disrupted traffic near the Holland Tunnel, the Manhattan Bridge and on the West Side Highway.

A brief clash was reported between protesters and police in Times Square, but the situation was brought under control. 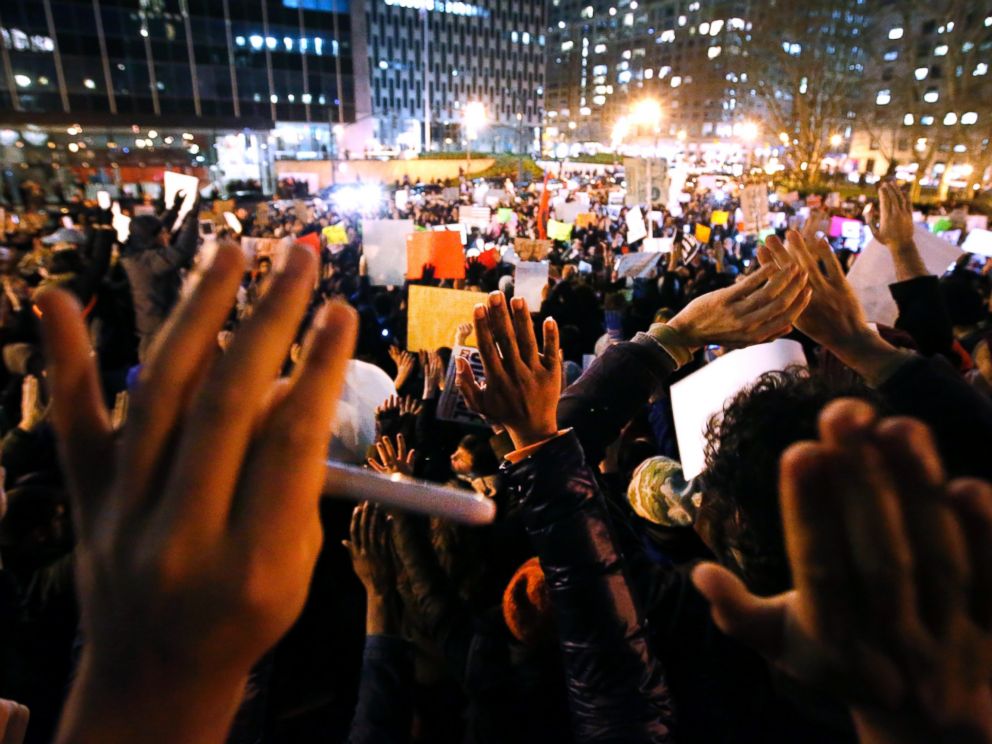 Some of the protesters voice their feelings using attire. 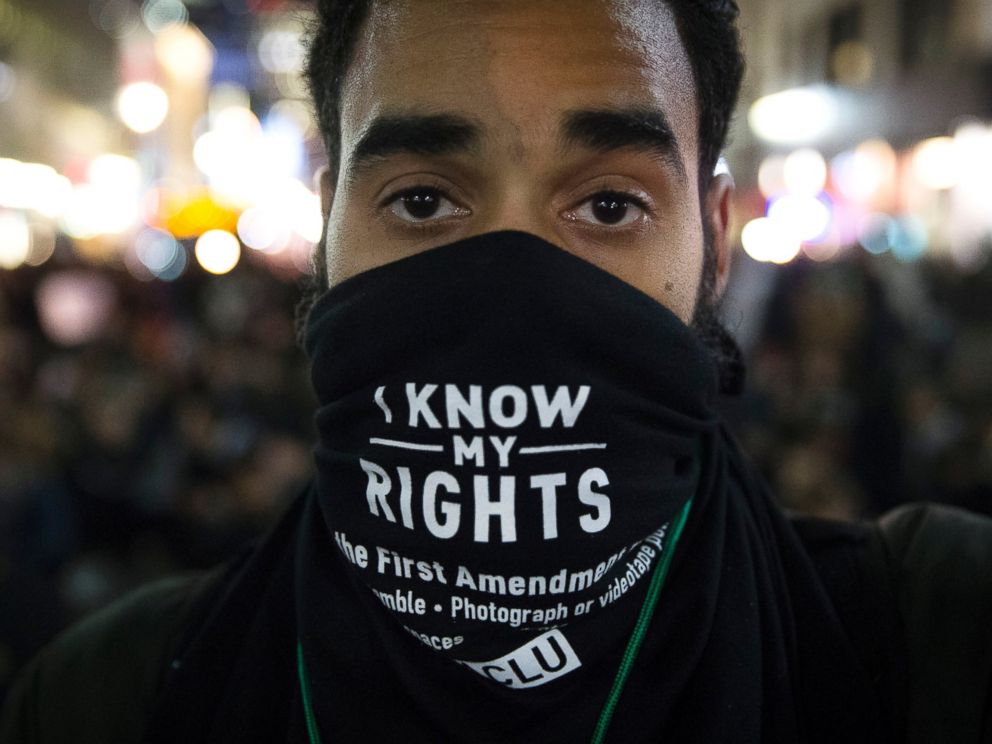 The grand jury’s vote not to bring an indictment in Garner’s death – along with a similar outcome to the August police shooting of unarmed black teen Michael Brown in Ferguson, Missouri – has brought national unrest, with demonstrations in cities such as Washington, D.C., Boston, Philadelphia, Chicago, Detroit and Denver. 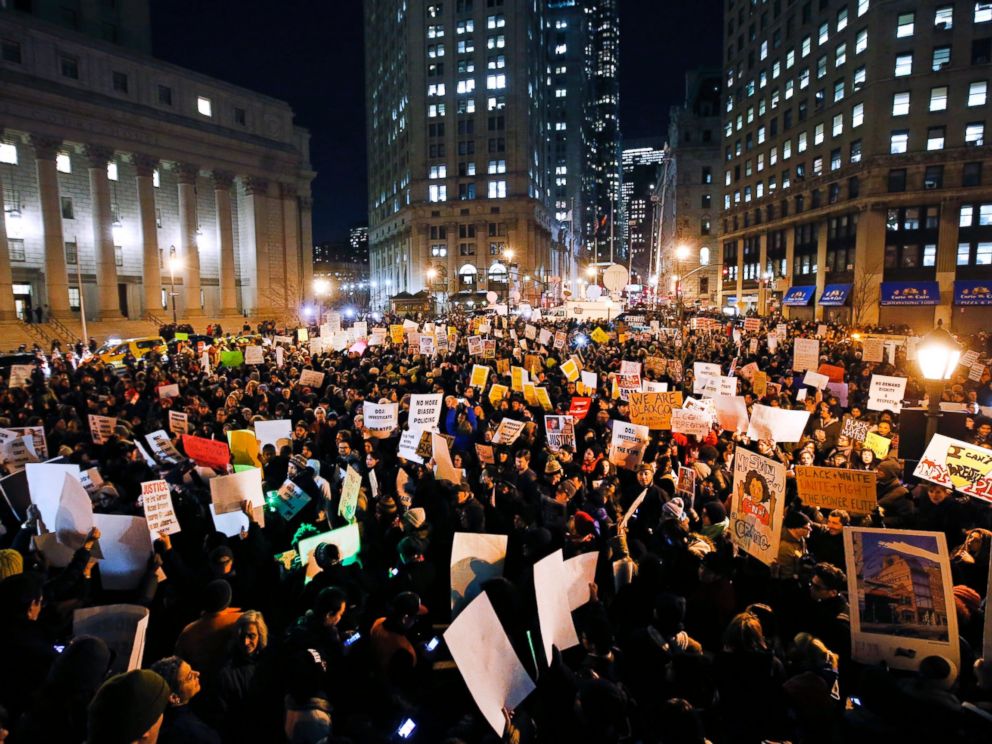 Civil rights leaders are hopeful about a forthcoming federal investigation into Garner’s death, but said reform is needed. At a news conference in New York after a night of protests led to 83 arrests, the Rev. Al Sharpton called the state-level grand jury system “broken” when it comes to police brutality cases and urged federal authorities to fix it.

“The federal government must do in the 21st century what it did in the mid-20th century,” he said. “Federal intervention must come now and protect people from state grand juries.” 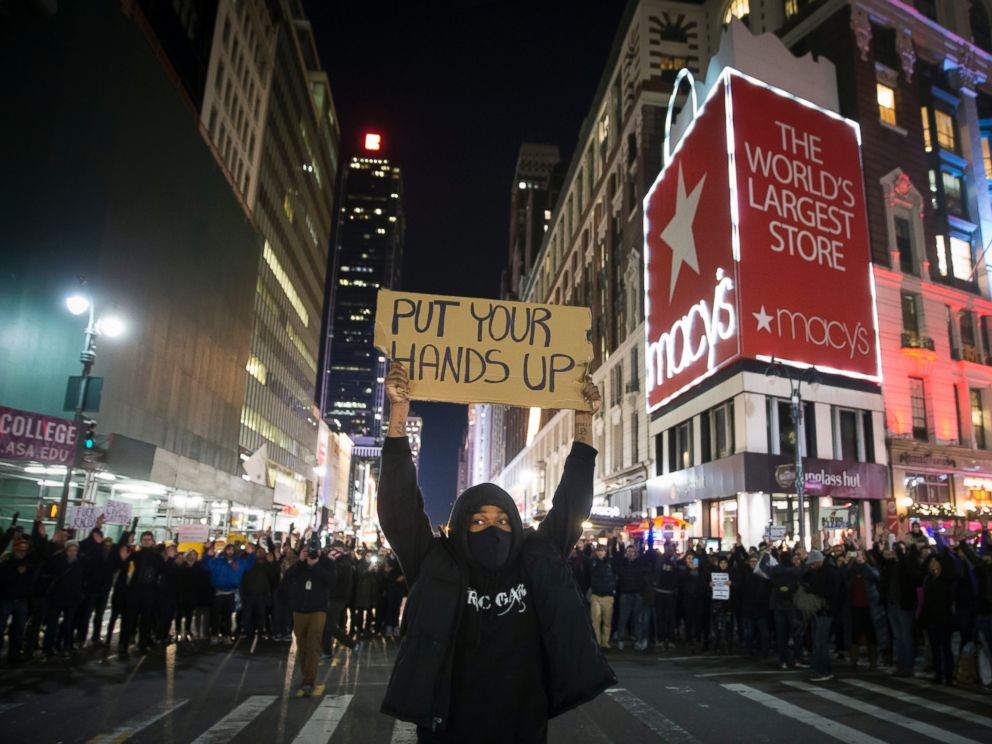 Politicians and others talked about the need for better police training, body cameras and changes in the grand jury process to restore faith in the legal system.

“A whole generation of officers will be trained in a new way,” New York Mayor Bill de Blasio vowed as he and his police commissioner outlined previously announced plans to teach officers how to communicate better with people on the street.

President Obama also weighed in, saying one of the chief issues at stake is “making sure that people have confidence that police and law enforcement and prosecutors are serving everybody equally.”