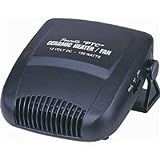 On Thursday, Michael Horn, the chief executive of Volkswagen Group of America, appeared at a congressional hearing and apologized on behalf of the company for using illegal software to cheat on emissions tests.

“These events are deeply troubling,” Horn told lawmakers. “I did not think that something like this was possible at the Volkswagen Group. We have broken the trust of our customers, dealerships, and employees, as well as the public and regulators.”

Did his apology do enough to restore consumers’ goodwill and the government’s trust?

We asked Maurice Schweitzer, Ph.D., a professor at the Wharton School, to analyze Volkswagen’s most recent mea culpa.

His verdict: Volkswagen blew a prime opportunity to make amends with the public by skipping some key parts of an effective organizational apology.

To be sure, Horn did demonstrate remorse by offering up “a sincere apology” on behalf of the company. But here’s why Schweitzer believes Horn’s testimony was insufficient:

1. Volkswagen’s new CEO should have testified before Congress instead of Horn

When a scandal as impactful as this one happens, Schweitzer said, it’s wise to have the most senior leader demonstrate clear remorse for what happened and a plan for the future. It shows that they take the violation seriously.

Instead, Horn ended up “deflecting responsibility and deflecting the ability to actually turn over information or reveal what Volkswagen knew about the whole scandal,” Schweitzer said.

In the best-case scenario, Schweitzer said, Volkswagen’s CEO Matthias Müller would have voluntarily come before Congress and said, “Let me tell you exactly what happened, here’s how it happened, and here’s the process change we’re going to institute.”

In a recent Harvard Business Review article, Schweitzer and his colleagues wrote that explanations and information can strengthen an apology. For example, an airline experiencing mechanical delays might tell its passengers exactly what part is broken and what’s being done to fix it.

“After receiving some information, those affected have a greater appreciation for the broader context and the institution’s perspective,” the authors write.

But Horn failed to give details as to how exactly the company ended up in this situation. 3. Volkswagen failed to clearly communicate a commitment to change

Horn didn’t give specifics on how the company would become more transparent about their emissions testing or what safeguards they’d put in place.

Instead he made vague statements such as, “Technical teams are working tirelessly to develop remedies for each of the affected groups of vehicles,” and “we will examine our compliance, processes, and standards at Volkswagen and adopt measures to make certain that something like this cannot happen again.”

Granted, Schweitzer said, the problem Volkswagen faces is complicated — but even some details about the new structures or processes they’re putting in place would have helped.

Fortunately for Volkswagen, Schweitzer believes it’s not too late to win back consumers and politicians. If Müller appeared before Congress tomorrow and explained how exactly the scandal unfolded and the specific measures the company was putting in place to make sure nothing similar ever occurred again, he might have a shot at regaining the public’s trust.

But right now? The apology “did nothing to convince consumers [or] to convince people on Capitol Hill that things will be different going forward,” Schweitzer said. “And it’s a missed opportunity.”