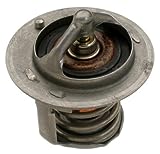 The owners of a Sanford car dealership say thieves broke in over the weekend and stole six cars and damaged 10 others, resulting in an estimated $130,000 in losses and damages.

Surveillance cameras captured six thieves, who wore hoods to cover their faces, as they broke onto Orlando Auto Lounge’s lot around 10 p.m. Friday.

Over the course of six hours, they broke into 16 cars and managed to drive off with six of them.

The other 10 had anti-theft protection, but the thieves broke out the windows trying to get them to start.

“To see the videos and see them coming here and playing with my toys and coming here breaking stuff or smashing things on the floor — taking their time is tough,” said one of the co-owners of the business.

One of the thieves left his cellphone in one of the cars, and he can be seen in the video trying to find it before he gave up.

The phone is in the possession of Seminole County sheriff’s deputies.?