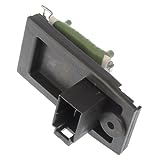 6 Reasons GM Could Avoid Any Swoon In Car Sales – Forbes

It looks like it’s shaping up to be a bad summer in GM showrooms, right? As General Motors’ recalls keep adding to its record number this year — with another four actions, covering 2.4 million vehicles, announced this week — there are rampant fears that American consumers will begin to punish the company in a big way by finally avoiding Chevrolet, Buick/GMC and Cadillac dealers.

But maybe they won’t actually stay away. The company will know more when May sales are announced on June 3. But during April, in the thick of “bad GM” news about recalls, GM remained 7 percent ahead of last year’s robust sales pace.

No doubt the recall fiasco and the attendant media and political circus all amount to a serious blow to the reputation and integrity of GM. And the ways in which it’ll hurt the company, its brands and dealers continue to unfold, no matter how hard CEO Mary Barra is trying to clean corporate cupboards of all the rottenness at once.

One of the newly recalled GM vehicles: 2008 Chevrolet Malibu LTZ.

Heading into the Memorial Day weekend, for instance, according to Automotive News, dealers were having to cope with “stop orders” on selling some of their most popular and profitable vehicles — 2014 Buick Enclave, GMC Arcadia and Chevrolet Traverse large crossovers — because GM is recalling 1.3 million of them for a seat-belt problem but hasn’t supplied all the parts required to make the safety fix.

Yet consideration of GM brands and products on the pages of Edmunds.com hasn’t changed much at all over the past several weeks. And drilling down, Edmunds.com data showed that, for instance, of consumers trading in a Chevrolet Cobalt — one of the nameplates greatly sullied in the recall drama — in April 42 percent still planned on buying another Chevrolet. That number was virtually unchanged from last April’s 43 percent.

There are at least six reasons that American consumers haven’t abandoned GM so far and to believe that sales of Chevy, Buick, GMC and Cadillac vehicles going forward will continue at a pretty good clip even compared with the pace of gains by the competition:

“Safest time to buy” logic may apply: This is a version of a phenomenon well known to air travelers. As in, “The safest time to fly is after an airliner crashes.”

Thankfully, Americans haven’t had to deal with this thinking much over the last 20 years of very safe airliner travel. But to many people, it used to make obvious sense that the safest time to fly likely was right after a major air disaster, when airline brands and personnel quite understandably would be redoubling their efforts to ensure secure travel.

The same sort of thinking certainly is operating in the minds of many American consumers as they ponder whether to make their next vehicle purchase a GM model. Many likely are reasoning something like this: GM has gotten all of its safety problems out in the open, and has become more transparent, and scrutiny now is certainly higher than ever. Its engineers and manufacturing managers are being especially careful to avoid or fix any new design or quality problems that potentially could lead to still more recalls. So if I’m going to buy GM, now’s the time to do it!

“The rationale is that GM will be active in finding and dealing with issues,” Jessica Caldwell, senior analyst for Edmunds.com, told me. “Even if it isn’t when I drive off the lot, in the future they’ll be looking at anything that goes wrong and trying to fix it as soon as possible.”

Consumers don’t actually care about recalls: It’s a record year for automotive recalls in the United States, mostly thanks to GM — but also including big actions by Ford and others. Yet even a drumbeat of recalls has no effect on the sale of a company’s new or even used cars, George Hoffer, transportation economist at the University of Richmond, told USA Today.

“Airing every recall no matter how consequential” will make recalls “so common as to be a non-event,” Hoffer said. Already, he told the newspaper, they’ve become “like a plane landing.”

What’s more, the cars at the core of the most troubling GM recall, the ignition-switch fix, include Saturn and Pontiac models. Those models and even those brands aren’t around anymore, so GM doesn’t face the problem of trying to sell new vehicles under those particular brands. “The cars are different,” as Caldwell put it. “The [Chevy] small car now is Cruze, which is a much better product than Cobalt was.”

Recalls give dealers more shots: With thousands of GM owners now bringing cars into Chevy, Buick/GMC and Cadillac dealers to get repairs of various new safety maladies, dealership sales personnel are licking their chops even while their service colleagues are overwhelmed.

“Dealers will tell you the hard part is getting people to come in,” Caldwell explained. “Salespeople sure like to have a shot at a captive audience like this. And many of the cars coming in are pretty old; many of the people bringing them in would do well with a new car anyway.”

Buick Finds Its Lane In Powering GM Through Difficulties