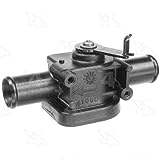 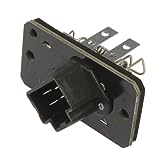 BMW will update the hot-selling 3 Series in time for the 2016 model year, and a new report gives us a better idea of what to expect from it when it lands.

Visually, the 3 will benefit from a host of minor modifications including a tweaked kidney grille, new tail lamps, and redesigned bumpers on both ends. High-end versions will be available with full adaptive LED headlights, a first in the nameplate’s history, while the usual assortment of new paint colors and alloy wheel designs will round out the changes on the outside.

Much bigger improvements will be found under the hood. At the bottom end of the lineup, the 3 will gain the gasoline-burning 1.5-liter three-cylinder engine that is currently offered in a number of BMW products including the Europe-only 2 Series Active Tourer and the third-gen MINI Cooper. Whether or not the three-banger will be offered on our side of the pond is up in the air.

Moving up, the 335i will be axed and replaced by a new model called 340i that will inaugurate a 3.0-liter straight-six engine rated at 326 horsepower. Called B58 internally, the straight-six will also be found under the hood of the next-gen 7 Series, and a more powerful evolution of it will most likely power the long-awaited M2.

Finally, rumors indicate the 3 lineup will be expanded with a fuel-sipping model tentatively called 328e that will be powered by a gasoline-electric hybrid drivetrain. The setup will consist of a turbocharged 2.0-liter four-cylinder engine, a compact electric motor built into a hybrid-specific eight-speed automatic transmission, and a small lithium-ion battery pack.

The two power sources will join forces to generate about 245 horsepower and 295 foot-pounds of torque. With the turbo four turned off, the 3 will be able to drive on electricity alone for a little over 20 miles.

Stay tuned, as full details about the updated 2016 BMW 3 Series will be published shortly after the car makes its official debut next week.