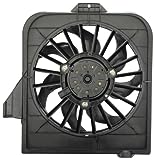 
As many as 500,000 vehicles could have been damaged or destroyed
by Hurricane Harvey and the floodwater that ravaged the Houston
area.

Those cars and trucks will be replaced, and the dynamics of the
market in the US could point consumers toward new rather than
used vehicles.

“Buyers looking to replace vehicles destroyed by Harvey are
stepping into a tough used car market,” Ivan Drury, an analyst at
Edmunds.com, said in a statement.

“Prices are at record highs due to high volumes of near-new
off-lease vehicles. On the other end of the spectrum, older used
cars are holding their values at high rates and are in limited
supply. Those who can’t afford to spend a lot are going to get
squeezed on pricing, especially as a sudden increase in demand
makes finding cheaper used cars even more challenging.”

The used-car market has been an area of fixation this year for
those who closely follow US auto sales. A boom in sales in 2015
and 2016, accompanied by increased leasing, has encouraged
everyone to brace for an onslaught of used vehicles hitting the
market.

US auto sales have boomed but are
slowing.
Business
Insider


The assumption had been that this would depress sales of new
vehicles — and the monthly sales data was pointing in that
direction, as sales have declined in 2017 to an annual pace of
about 16.5 million after a record-setting 17.55 million in 2016.

Edmunds.com and Drury noted that Texas was the nation’s
second-largest used-car market, with a roughly 70%-30% split
between new and used vehicles for sales in 2017. Under normal
circumstances, owners who lost a vehicle because of Harvey would
turn to the used market, but prices there are so high thanks to
vehicles holding value far better than in the past that it may
make sense to turn to the new market.

It remains to be seen whether carmakers will capitalize on this
“Harvey Effect.” The temptation will be strong: Texans love their
pickup trucks, and if General Motors, Ford, and Fiat Chrysler
Automobiles can leverage their advantages with this segment into
significant fourth-quarter sales, they could finish 2017 with big
gains on these profitable vehicles.