We talked with Adrian van Hooydonk, BMW group chief designer, at Pebble Beach during the world premier of the Z4 Concept and the first U.S. showing of the Concept 8 Series. The first of this November marks 25 years of his association with the Munich firm, his first and only employer in the automotive industry.

Automobile Magazine: Adrian, you’ve called these cars “a close look at BMW’s next design direction,” both very close to production models that will be available quite soon for public consumption. How do you define that direction?

AVH: Internally, we talk about precision and poetry.

AM: What does that mean in practice? 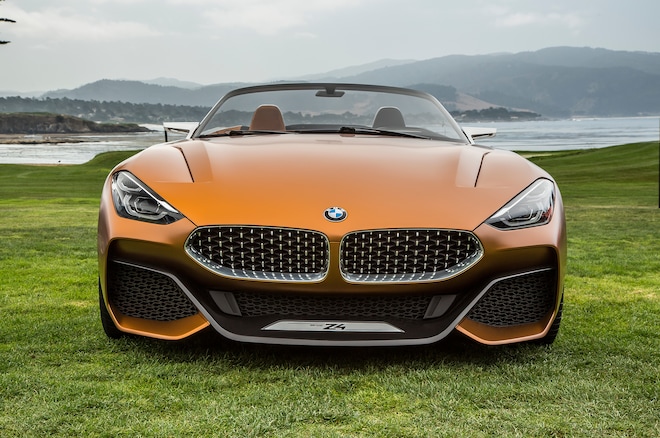 Van Hooydonk went on to explain that the precision aspect refers to a sharp reduction in the number of lines, a sharpening of their expression, and even greater care in placing them. The poetry aspect is seen in far more complex, emotional, and sophisticated surface development, softer than is the case now.

The simplification sought is also a major part of these new interior designs. With touch and voice commands, many fewer buttons and knobs are required so the cabin can be cleaner and simpler, with more emphasis on colors, textures, and shapes. The remaining physical controls can be grouped in “islands,” making driving easier and more enjoyable. 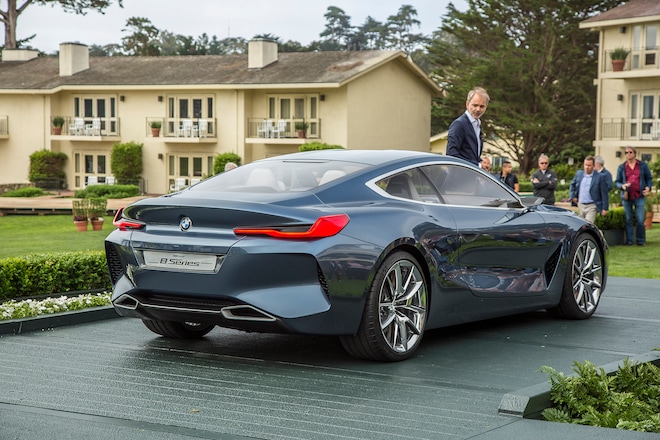 There will be six new production cars in the next two years, all of them “more dynamic” than earlier BMWs, and the automaker will likely produce yet another predictive near-term concept car.

Van Hooydonk wryly noted that BMW has become an incubator for other firms, which has resulted in his own personnel moving on and increasing his own work load. But new heads for Mini and BMW design will allow him to spend more time on the generation of cars to come in 2020-’25. His work so far has kept BMW owners happy, and we predict his future work will be as satisfying to all concerned.