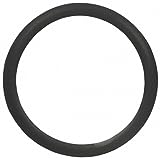 All The Cars I’ve Convinced People Not To Buy – Jalopnik

I make a living helping people with their car purchases. A lot of times, that means telling people to buy something other than the car they had in mind. Here are a few vehicles that I managed to talk people out of.

At the end of the day, if the customer is set on a car despite my suggestions otherwise, I’ll get them a deal on whatever they want. I’ve begrudgingly closed several deals on Chrysler/Dodge/Jeep products, despite their subpar reliability, and I’ve helped unload countless SUVs on parents that should have gotten a minivan instead.

Most of the time people really don’t want your advice when it comes to what car they should get, usually, they just want confirmation that the car they picked is a good one. I don’t want anyone to have buyer’s remorse, so if I need to make the case that there is a better car, I will.

Here are the times I was successful at making people make good life decisions.

Range Rovers Not Covered Under Warranty

If you want a Range Rover, you either lease one at some astronomical payment that you use as a tax write-off because you’re rich, OR you buy a used one with the biggest warranty you can afford. Then you dump it to some other sucker after the warranty expires.

I met a lovely lady in Georgia that had her beloved Discovery totaled in an accident. She wanted another Land Rover and had about twenty grand to spend. I did not want this lady to have to get a reverse mortgage on her house just to keep the SUV running, so I sent her deals on Land Cruisers and Lexus trucks until she gave in.

This one guy we know had a Range Rover with a full warranty from Carmax, but I can’t recall if he brought it up much or not.

Pretty Much Any Kia Because The Dealers Suck

Kia has come a long way since their early days. They hired that guy from Audi to make some really nice looking cars and they provide a great value for the money.

The problem is most Kia dealers are horrendous when it comes to actually trying to buy the damn thing. You see, there was a time when if you couldn’t afford or didn’t have the credit to get a new Honda or Toyota and absolutely had to get a new car, Kia would get you approved.

Unfortunately, many of the dealers over the years were accustomed to targeting desperate, uninformed car buyers who will just sign anything to get a car. Many of these dealers maintain these habits today.

I work deals with all kinds of brands all over the country and Kia dealers by far are the least cooperative when it comes to actually sending prices in writing—and when they do they are often padded with all kinds of bogus extras.

Of course, not all Kia dealers are terrible. I’ve dealt with exactly two stores that have adapted to car buying in 2016. It’s a start.

The Toyota Camry is a fine car, and I think you can be a legitimate car enthusiast even if you own one. The only issue with the Camry is that is the mid-size sedan segment is so crowded with really good offerings, more often than not you can get something that’s a better value for money, especially if you are leasing.

A few years ago a young man from the OppositeLock blog came to me with the idea of leasing a well-equipped V6 Camry. A perfectly sensible car for a young person, but for an enthusiast, it was worth looking into other options.

I can safely say I’ve spoiled this young man on only driving luxury cars.

The Jaguar F-type is pure sex. It looks good, it sounds amazing. In fact, I was pretty excited when a New York customer wanted me to find him a deal on a factory order. I did not realize how difficult this would be.

This particular client was perfectly content with a V6 model and the standard features. He did not want to spend all kinds of money on extras he didn’t want, so he assumed (as did I) that he could just ask a Jaguar dealer to order him a car.

I must have spoken to at least 10 Jaguar dealers in the New York City area, and most of them just ignored my request for an order quote. Others flat out refused. One salesman, that I swore was a reject from a Sopranos casting call, even went so far as to call my customer a “fucking idiot” for not buying the $95,000 V8 S that he had on his lot.

When I did finally get a lease quote the numbers were off the wall, mostly due to the fact that Jaguar’s resale value is not too great and the dealers refused to give much in the way of a discount on an ordered car. Just for the hell of it I got a quote on a Porsche Cayman S. The Porsche dealer couldn’t have been more helpful. It turned out the $74,000 Cayman had a lease payment that was $200/mo less than the $67,000 Jaguar.

Today the guy is driving a Porsche.

A very nice man called me up and wanted to buy a four-door sporty car for his wife; he planned on paying cash. He told me she really liked the BMW Gran Coupe, so he sent me a build with pretty much every option ticked, M-sport, premium package, all the bells and whistles… this car was loaded. He also tells me that she thinks his Lexus GS F-sport is too rough on the ride.

I told him that besides the aesthetic problems with the 6 Series Gran Coupe—let’s be honest, it’s ugly—it wouldn’t give his wife the ride comfort she was looking for. I told them to try out a Mercedes CLS before making their decision. She ended up loving the Mercedes, and I ended up getting double the discount that BMW offered them on a 6 Series.

Ahead of next month’s Detroit Auto Show, BMW today unveiled a raft of improvements made to…

I was contracted to find a 5 Series with a manual for a customer in the Midwest. During my search, he spots a “killer deal” on a used M5 from one of those luxury car superstores that specializes in buying less than perfect machines from the auctions and flip them to folks that don’t know any better.

As usual with these types of stores, the dealer doesn’t offer a free Carfax on their website, so I have a dealer contact run it for me. In the course of four years, the car was sold at auction three times. The maintenance history was spotty to say the least. Everything about this car from the multiple owners to the dealership that had it listed said, “stay away.” There is a reason this car was priced about $8,000 below market value.

I found a low mileage CPO M5 at a dealer in California, it was a bit more money, but given BMW’s reputation for having their M-engines become nightmares, I figured it was worth the premium for the well-maintained example with a warranty balance.

Few marques command as much respect from people who crave performance as BMW, and the M line of…

These people were smart enough to follow my advice and they are pretty happy with their purchase. So the next time you ask someone what car to buy, actually listen to them if they tell you something different.