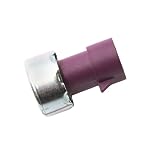 Santa Monica has long been associated with alternative fuel cars. This weekend, lots of people who are curious about them are taking a spin.

“Just wanted to try some electric cars,” said Tony Kwok, of Temple City. He added that he might be in the market for one in the future.

Kwok took his test drives at the 10th annual AltCar Expo, where the latest in alternate energy vehicles come out to show off.

“Today, you’ve got at least 24 models of plug-in and alternative fuel vehicles that you can buy in California,” said Rick Sikes, a long-time organizer of the event.

A big “get” this year for AltCar, and a potential game-changer for Chevrolet, is a car called the Bolt.

“It’s a pure electric car that will go 200 miles, at least 200 miles of battery range on a single charge, for about $30,000,” said Shad Balch, a spokesman for Chevrolet who attended AltCar Expo to help introduce the car.

This is the Bolt’s first West Coast appearance, with GM now fast-tracking it to production. It’s still a good year or so away from showrooms, however. Once there, it’ll join other EV’s already on sale from other companies.

But even with extended range due to battery advancement, pure electric cars don’t suit everyone’s lifestyle. That’s where a hydrogen fuel cell vehicle such as the new Toyota Mirai comes in, a vehicle that converts compressed hydrogen into electricity to power the car.

It has a range of over 300 miles, and can be re-filled in about five minutes. There is one little catch, as the car’s a bit pricey.

“The purchase price is $57,500,” said Jef McClure, a Toyota spokesman who was giving AltCar visitors information about the Mirai.

“Now there are some added incentives,” McClure said. “From the state you can get $5,000 back, also from Toyota we’re also adding $7,500 to help with that price, so you’re looking at about mid-40s.”

You could also be looking at $499 a month on a lease. The hydrogen to power it, available at a limited number of locations, is dispensed for free at this point.

Getting people to try new ways of propulsion is often a monetary proposition, and interest in electric cars by many people tends to ebb and flow with the price of gasoline, which is currently on a downward trend.

“It will go up and down,” AltCar’s Rick Sikes said of the price fluctuation of fuel. “If you want some stability in it, then an EV is a perfect way because the price of the fuel is stable.”

As Santa Monica celebrates 10 years of AltCar being an annual look at the future, it’s pretty much a safe bet that there are many more AltCar Expos to come in the future.