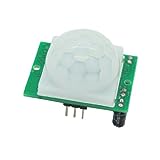 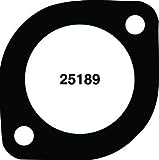 Americans are often said to have a love affair with cars, but sometimes it can be more like a love-hate relationship.

Car-buyer satisfaction is on the rebound after a dip last year, when consumers were hit with a record number of recalls and rising prices, according to the American Customer Satisfaction Index, an independent benchmark of consumer experiences of products and services sold in the U.S. Still, while satisfaction is up overall, a few automakers suffered from lower customer ratings in the ACSI’s 2016 report.

Domestic cars are catching up with foreign-made vehicles, while mass-market cars — the affordable and midprice cars that are produced by the likes of GM (GM) and Honda (HMC) — are catching up with luxury cars. Consumers may be more impressed these days with midprice cars because of technological innovations that are adding to their appeal, such as built-in Wi-Fi, apps that allow you to unlock cars from mobile phones and safety gear like blind-spot alerts.

“Consumers are choosing technology over what we think of as traditional luxury, like the stick shift covered in leather,” said David VanAmburg, the director of the ACSI director. “The anticrash features, the GPS-type systems and higher technology systems that are available in mass-market vehicles are what is really appealing, rather than the interior materials.”

Luxury cars have also differentiated themselves from mass-market models through their enhanced handling and performance, but many mass-market cars are now built on the same chassis as luxury models, VanAmburg noted.

Of course, prestige remains an important element in why some consumers choose to purchase a luxury car over a mass-market vehicle.

Read on to learn about the 5 highest and lowest scoring cars, according to the latest ACSI survey.