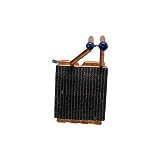 The head of the African Union Mission in Somalia (AMISOM) said the continental body remains committed to supporting the Somali people and government in rebuilding their country.

Ambassador Maman Sidikou said no amount of attacks will deter the mission from carrying out its responsibility.

He was reacting to reports that about eight Al-Shabab militants infiltrated the main African Union base in Mogadishu on Christmas Day and killed nine people, including five peacekeepers.

The base camp is on the edge of the Mogadishu international airport compound.

Sidikou said he spent much of Sunday on the phone discussing with senior commanders on the need to enforce to the fullest all security measures to ensure that such an attack would not happen again.

“Today I’ve been on the phone with generals and officers, and I told them many people will be unhappy with us in coming days simply because you’re going to strictly enforce the regulations so that there is no mistake of this sort. This means we have to agree with our partners, the U.N. and other partners, on how the camps are going to be monitored, who can enter and who cannot enter,” he said.

He also spoke about his grief for the families of the killed soldiers.

“I would like first to say that my heart goes out to the families of the boys we lost today. We lost five of our colleagues, five young soldiers to this attack by Al-Shabab on our camp. These young men have been [in] Somalia, some of them one year, some a few months sacrificing to ensure that this part of Africa is free and stable,” he said.

Ambassador Sidikou would not say the names and nationalities of the soldiers killed, saying the mission wanted to first notify the families of the deceased.

“First of all, allow us to talk to the families, to make sure they are informed before we can release that information. But as you know, soldiers in AMISOM come from Uganda, Kenya, Ethiopia, Djibouti, and Sierra Leone,” Sidikou said.

When asked how were the militants able to infiltrate the base, Sidikou said the militants wore Somali army uniforms, but added that how they got on the base is less important than what will be done about it.

“What are we going to do to prevent that is the most important question I believe. This is a wakeup call for all of us. Precisely because we’re working with Somalis, sometimes they use tactics such as pretending they are Somali soldiers with whom we work to build their capacity,” he said.

He said the mission will be strict from now on who enters the camp, even if that makes the mission unpopular with local Somalis.

Amb. Sidikou said Al-Shabab, which used to control most of Mogadishu, has lost a large territory recently and in its desperation would try any methods to show they are still relevant.

“So we have to adapt very, very quickly to the kind of warfare they’re imposing on us right now with the support of Somali institutions. If not, what will happen is instability will be the name of the game,” Sikikou said.