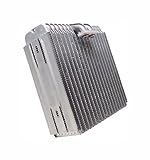 $28.36
Home › Blog › Autos › An eccentric millionaire, competing wills and a cache of cars on the auction block – Los Angeles Times

An eccentric millionaire, competing wills and a cache of cars on the auction block – Los Angeles Times

When Gerald Willits died last August at age 76, the eccentric former Buena Park contractor did not have a clear, valid will.

But on his run-down property, under big trees and behind a chain-link fence, he left behind a small house that showed evidence of hoarding and a large yard crowded with cars — Model A’s, Model Ts, old Mercedes sedans, VW bugs, buses.

In the vehicles, Orange County officials found leaves, trash and rats, as well as one will that left Willits’ belongings to his parents, long deceased.

In a toolbox in a shed, they found another will, in which Willits left everything to charity.

A daughter in Hawaii says she should inherit the estate, which officials say is likely to top $2 million.

But even before that gets settled by the courts, Willits’ collection — classic cars that mostly don’t run, some that now are little more than rust, and a tiny experimental plane — is being auctioned off Tuesday to the highest bidders.

Here’s a look as things were getting underway:

In Santa Ana, at a most unusual car auction. I’ll tell you more later. #mydayinla pic.twitter.com/W6rhCA5NY2