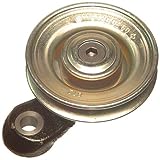 Doctors removed Angelina Jolie’s ovaries and fallopian tubes last week, two years after having her breasts removed upon learning there’s a good chance she could get cancer.

The “Unbroken” director and mother of six wrote an op-ed piece in the New York Times that ran Tuesday, saying she had the surgery after blood tests showed early signs of possible ovarian cancer, which killed her mother Marcheline Bertrand in 2007 at age 56.

The 39-year-old wife of Brad Pitt wrote that she went public with her procedure to help other women understand what options are available to them, should they have or be predisposed to cancer.

“I went through what I imagine thousands of other women have felt. I told myself to stay calm, to be strong, and that I had no reason to think I wouldn’t live to see my children grow up and to meet my grandchildren,” she wrote.

Jolie carries a genetic mutation that increases her risk of ovarian and breast cancer.

“The most important thing is to learn about the options and choose what is right for you personally,” wrote the Oscar winner. “I feel feminine, and grounded in the choices I am making for myself and my family. I know my children will never have to say, ‘Mom died of ovarian cancer.'”

Jolie wrote the surgery demonstrated no signs of cancer, though it did trigger early menopause.

She wrote that Pitt flew from France to be with her, only hours after she informed him of the test results.

“The beautiful thing about such moments in life is that there is so much clarity,” she said. “You know what you live for and what matters.”

Jolie was widely praised by medical professionals and cancer survivors in May 2013, when she announced she had a double mastectomy, after discovering her predisposition for cancer.