(CNN)As fallout grows over racist chants by a University of Oklahoma fraternity, one student seen in the video is apologizing. So are the parents of a second one.

The university cut ties with Sigma Alpha Epsilon after a video surfaced over the weekend showing fraternity members singing a racist song that included a reference to lynching.

Parker Rice, one of two students expelled after appearing in the video, said he is seeking guidance to ensure it doesn’t happen again.

“I am deeply sorry for what I did Saturday night. It was wrong and reckless,” Rice said Tuesday in a statement to The Dallas Morning News.

“I made a horrible mistake by joining into the singing and encouraging others to do the same.”

Rice and one other student were expelled Tuesday over their alleged “leadership role,” a decision President David Boren attributed to his school’s zero tolerance policy for racist behavior.

Though the name of the second student has not been released, the campus newspaper, The Oklahoma Daily, identified him as Levi Pettit.

A statement from Pettit’s parents said their son made a “horrible” mistake. They apologized to the “entire African-American community,” students and university faculty.

“He is a good boy, but what we saw in those videos is disgusting. While it may be difficult for those who only know Levi from the video to understand, we know his heart, and he is not a racist,” Brody and Susan Pettit said.

CNN has reached out to both students, but has not heard back.

9 seconds, a lifetime of infamy

The clip was only nine seconds, but the backlash has been disastrous. 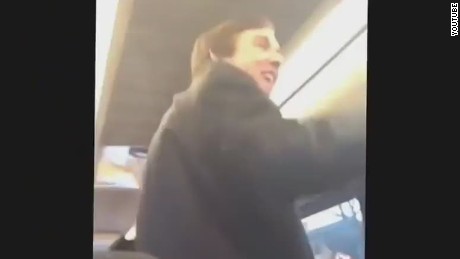 The school newspaper received the clip via anonymous messages and publicized it, prompting a swift reaction.

Boren ordered a shutdown of the fraternity house in Norman, and said it was no longer affiliated with the university. The national chapter also cut ties with it.

The house was closed as of midnight Tuesday and its windows will be boarded up.

“I don’t want it in my house, and I don’t want those people to wear my letters, claiming to represent me. The problem is not just a couple of guys on that bus, the problem is that house, it’s a cancer that needs to be cut out.”

The fraternity said it was investigating other incidents involving other chapters that were brought to the attention of its national office. .

“I was not only shocked and disappointed but disgusted by the outright display of racism displayed in the video,” said Brad Cohen, the fraternity’s national president. “… We have zero tolerance for racism or any bad behavior.” 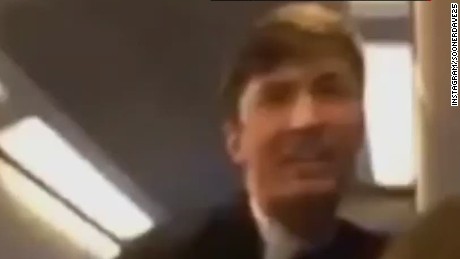 If the university hadn’t acted, the Department of Justice’s Civil Rights Division may have stepped in, said Barbara Arnwine, president of the Lawyers’ Committee for Civil Rights Under Law. 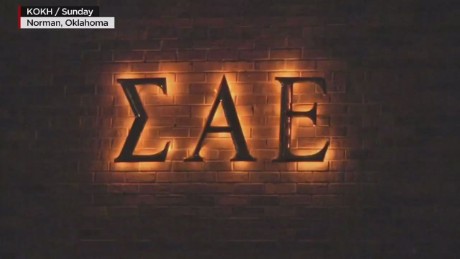 Title VI of the Civil Rights Act of 1964 “prohibits discrimination on the basis of race, color, and national origin in programs and activities receiving federal financial assistance,” according to the Justice Department.

“A very important part of the lexicon of civil rights law is that you cannot create a hostile environment where you make it so people of different races or religions or women feel they can’t function at your institution without being subjected to unlawful discrimination,” she said.

Were other students involved?

It’s unclear whether more students will be punished for the video.

Boren has promised the fraternity won’t return during his tenure if he can help it.

“The house will be closed, and as far as I’m concerned, they won’t be back,” he said. “There seems to be a culture in some of these fraternities, and it just has to be snuffed out.”