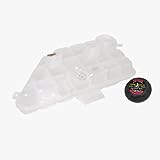 Apple CarPlay is coming to Buick and GMC, Android Auto not far behind – CNET

On the heels of Google I/O, General Motors is outlining the next steps toward Apple CarPlay and Android Auto integration for GMC and Buick models.

Last month in San Francisco, Chevrolet showcased Android Auto and CarPlay smartphone mirroring technology integrated with its Spark and Volt models’ MyLink infotainment systems, going on to state that 14 Chevy models will receive the technology by 2016. Since GM’s IntelliLink infotainment is essentially identical to MyLink, it was no stretch to assume that Google’s and Apple’s smartphone software would find their way into the dashboard of other GM brands.

Today, the automaker announced that the 2016 GMC Canyon, Yukon and Sierra models’ 8-inch IntelliLink infotainment systems will all feature Apple CarPlay software. Android Auto will be added to that 8-inch unit later in the year. Unique in the lineup is the base model Sierra, which uses a smaller, 7-inch version of IntelliLink that will launch with both Android Auto and CarPlay at the beginning of the 2016 model year.

Meanwhile, CarPlay will also join the list of amenities available on the 2016 Buick Regal and LaCrosse models. These models use the 8-inch version of IntelliLink, so Apple’s software will be implemented first as a standard feature with Android Auto coming “later in the year.”

Both brands’ CarPlay implementation will work similarly to how we’ve seen from other automakers, giving the driver fullscreen access to navigation, audio app controls and more. It’ll feature an onscreen button to toggle between Apple’s software (or Google’s when it’s eventually added) and the onboard OnStar 4G LTE connected IntelliLink software.