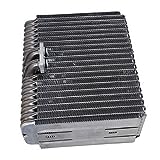 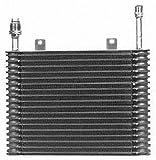 Apple may be quitting the race for self-driving cars – Quartz

Apple, widely regarded as Tesla’s true potential competition for cool and stylish electric and robot cars, appears to have abandoned its effort to make a self-driving car, according to several news accounts.

In a surprising move that takes Apple out of one of the most feverish races in technology and industry, the company has decided to focus just on making the system that will go into a car.

The decision to halt work on a car it had called Titan, first reported by The New York Times, follows the exit last January of Apple project leader Steve Zadesky, and his replacement by company veteran Bob Mansfield. It also comes as Apple is already under attack from critics of its lackluster new iPhone 7.

Mansfield, who took over the Titan project in July, appears to have quickly pivoted towards building an autonomous system instead of an actual car. As a result of this shift, dozens of Titan project members have left the company, reported the Financial Times. Apple had hired hundreds of specialists for the Titan project.

A knowledgeable source told Quartz that Apple is sticking with its research into advanced batteries, however, and continues to hire battery technicians. Apple did not immediately respond to a request for comment

If true, the decision is important because it removes Tesla’s most natural competition for leadership in the nascent robot car industry. Uber and BMW will still be important players, but Apple seemed the most likely competition for Tesla’s signature desirability. Even Tesla CEO Elon Musk seemed wary of Apple’s potential. Speaking at the Code Conference in in California in June, Musk said he believed Apple would be producing its own self-driving cars by 2020.