Are cars in cities becoming a thing of the past? – CNN

Little wonder the revelation that Volkswagen, one of the largest car makers in the world, had programed some of its cars to cheat on emissions tests created such a scandal.

Like Oslo, cities around the world are test-driving car-free initiatives. On September 27, Paris went car-free for a day, leading to a 40% drop in air pollution. New Delhi followed suit on October 22. One of the world’s most polluted capitals, it blocked off a four-mile stretch to help their citizens get a brief breath of fresh air.

Although Hong Kong residents like to point the finger at factories across the border in Mainland China as the cause for their cough-inducing air, last year’s Occupy protests, which prevented car access to the downtown business district for more than a month, saw the air quality improve noticeably. An alliance of civic groups has since submitted plans to create a pedestrian-only zone along one of the city’s major arteries, with public voting on the designs next month.

Green from the get-go

Other places have even grander visions to build cities from the ground up to not rely on cars. Masdar City in Abu Dhabi is bucking the gas-guzzling SUV trend in oil-rich UAE. Planned for completion in 2020, the entire city, estimated at a cost of $15 to 30 billion will be carbon-neutral. Driverless electric pod cars will replace traditional vehicles and the city will get its power from solar panels.

Similarly, residents of Great City — planned as a satellite city of the southwestern metropolis of Chengdu — will also never need to use cars, says Adrian Smith + Gordon Gill Architecture Designs, who is leading the conceptual project. Also set to debut in 2020, it’s been designed so that any two points in the city are within a 15-minute walking distance and there’s hope that it could act as a prototype city and replicated in other regions of the country. 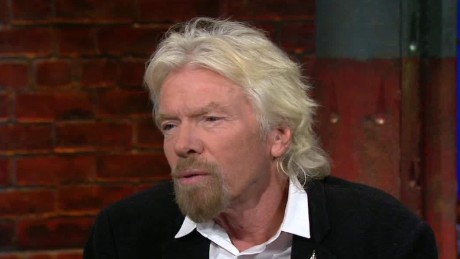 Granted these designs may not be practical everywhere.

Existing infrastructure and limited resources may pose barriers to cities as they try to go green, but as Richard Branson told CNN’s Richard Quest, if cars are still a fixture in cities of the future then it may mean changing what a car is or means.

“If we’re going to [have the world carbon neutral by 2050], car manufacturers have got to start today changing their approach and moving to a world where cars are powered by the sun and by the wind,” Branson said.