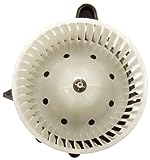 Volkswagen’s U.S. dealerships are suddenly awash in cash. But they aren’t sure it will be enough.

A package of special programs to help retailers cope with the diesel emissions scandal has infused large sums of money — in the form of incentives, sales bonuses and floorplan subsidies — into a dealership network that’s struggling with sluggish sales, thin profits and, now, a stop-sale order on diesel vehicles, which have typically accounted for more than 20 percent of sales.

On Oct. 1, Volkswagen of America wired additional “discretionary funds” to dealers’ accounts, to be used as they wish, VW said. Dealers declined to say how much they received, but Automotive News has learned that the payments varied based on dealers’ volumes and could have amounted to tens of thousands of dollars.

But as dealers look ahead to a mushrooming crisis engulfing the VW brand and the prospect of going months without being able to sell diesels, some worry whether the added funds will be enough to keep them in the black. To address those concerns, VW is preparing more programs to help dealers with cash flow, VW of America CEO Michael Horn told a panel of U.S. lawmakers on Thursday, Oct. 8.

Last week, Christopher Grundler, the EPA’s top automotive regulator, told Automotive News that it will be months before VW is able to legally sell its 2016 models with 2.0-liter diesel engines. The EPA, he said, plans to subject the vehicles to a battery of tests to ensure they comply with U.S. emissions laws before certifying them for sale.

VW abruptly withdrew its application for EPA certification last week, just ahead of Horn’s testimony in Congress. Horn said the vehicles contained a piece of emissions control software that wasn’t properly disclosed in the application.

“We don’t know if this is a defeat device” similar to the one VW has admitted using to foil emissions tests going back to 2009, Grundler said. “We have many questions.”

It’s unclear when VW plans to submit a new application. A VW spokeswoman said no time frame was available. Whenever those vehicles come back for certification, Grundler said, “we will want to test them thoroughly and in different ways” before the agency has confidence that the vehicles comply.

That only fuels the uncertainty — and frustration — dealers feel as they consider how to allocate the discretionary funds from VW.

At Flemington Volkswagen in New Jersey, dealer Steve Kalafer said he will use VW’s funds to help meet his store’s operating expenses and bolster his marketing budget.

Kalafer called the infusion a “well-meaning” gesture, but said it isn’t enough to cover his operating expenses amid what could be a protracted downturn. Kalafer owns one VW store in Flemington and his son owns another in Princeton. The group has 17 franchises that sell about 15,000 new and used vehicles per year.

He called the move “woefully inadequate and a poor response” in light of VW’s violations, which he blasted as a fraud against customers and dealers.

“We have spent millions of dollars on this brand,” Kalafer said. “This is an intentional deception. I am concerned about our customers, our employees and our investment.”

Kalafer worries that key employees will quit because of the scandal. He said many employees are worried about job security and are uncomfortable facing angry customers asking whether VW employees knew about the company’s deceit.

“This money will help us break even or show a small profit,” said the dealer, who asked not to be named. “We’re going to put it in miscellaneous income and spread it out throughout the company.”

But he added: “This hit in mid-September so we won’t be able to tell how much this money will help until we hit the end of October.”

If VW doesn’t renew the money then, he said, it will hurt his stores “big time.”

Indeed, October will be a crucial test for VW dealers, says Alan Brown, chairman of VW’s national dealer council, who oversees two large VW stores in suburban Dallas. The sales impact of the emissions scandal is still coming into focus, he said, so it’s too early to tell whether the financial assistance from VW will offset the lost business.

“I believe there are more steps that the dealer network will need,” Brown said.

“One thing is very, very clear, and I’m damn sincere about this: The dealer profitability in this country is my first objective,” Horn told the panel.

Bill Wallace, who counts a VW store in Stuart, Fla., among his 10 dealerships, says that with overall customer traffic down, converting shoppers into sales will be critical.

Wallace said he plans to use the discretionary funds from VW as a “slush fund” to help him close deals, primarily through more generous trade-in offers.

“We don’t think you could stimulate marketing very much in this environment,” Wallace said. “We’re just too small of a fish in this pond to make much of a difference in terms of activity, so what activity does come into the market, it’s just crucial that we improve our closing ratio.”

At Lash Volkswagen in White Plains, N.Y., the discretionary funds will be used mainly to close deals with diesel owners who are reluctant to get into new gasoline VW vehicles, said Tom Backer, general manager.

“There are some people who want to get out of a diesel for a gas car, and I know one who does not like the figures at all to get out of his diesel,” Backer said.

Lash sells about 1,000 new VWs a year, about 10 percent of them diesels. He’s not worried about sales staff quitting, but Backer said he will pay some VW funds to salespeople “to keep them happy and prosperous.”

Kalafer, the New Jersey dealer, said his company likewise will make certain that Flemington VW employees are “working and earning money for their family.”


You can reach Jamie LaReau at jlareau@crain.com. — Follow Jamie on