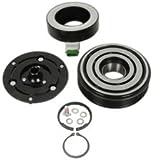 Industry veteran John Krafcik will join Google later this month as CEO of the Self-Driving Car Project as efforts intensify to get autonomous vehicles on the road.

Krafcik is a well-respected executive and engineer, known for using data to drive decisions as well as experience in a broad range of fields including sales and marketing, product development, technology and manufacturing.

“Over the last few years, we’ve made more progress with our self-driving car technology than we ever thought possible,” Google executives said in announcing the news. They noted the test fleet has logged more than 1 million miles of autonomous driving on public roads.

“We’ve taught the car to drive on city streets, navigating the delicate dance of pedestrians, cyclists, and other vehicles,” the company said in a news release. “We’ve even built a vehicle that we hope could someday take anyone from point A to point B at the push of a button.”

Krafcik takes over the project as the team works to better understand public perception of self-driving cars and how they will use them in their everyday lives and commuting. Google is moving from equipping conventional cars for testing to designing and building its own fleet of driverless cars for evaluation. The internet company is making the prototypes in Livonia.

“This is a great opportunity to help Google develop the enormous potential of self-driving cars,” Krafcik said in a statement. “This technology can save thousands of lives, give millions of people greater mobility, and free us from a lot of the things we find frustrating about driving today. I can’t wait to get started.”

Krafcik brings experience gleaned over his years working in product development for Ford and as CEO of Hyundai North America before becoming president of TrueCar, an online automotive site that provides pricing data and connects buyers to dealers. He started his automotive career in 1984 as an engineer for the New United Motor Manufacturing Inc.(NUMMI), a former General Motors-Toyota joint venture plant.

Many automakers have developed semiautonomous cars; few are actively pursuing fully autonomous as a solution in the near term.

The National Transportation Highway Safety Administration supports the development of autonomous driving technology as the means to the next leap in improving safety.

The Google test fleet is driving 10,000 miles a week in Mountain View and Austin,Calif., with plans to run pilot programs with the new self-driving prototypes being engineered and built in Livonia.

The pod-like prototypes are being developed and assembled at a Roush facility for testing at Google facilities in California where there is no snow to contend with.

In January, Chris Urmson, director of Self-Driving Cars for Google, told The Detroit Free Press the goal is to have driverless cars available on the market within five years.

Detroit was chosen because it is the heart of the auto industry, Urmson said at the time, “If you want to do something auto, it’s out here.” said the man who is from Vancouver, studied robotics and drives a bike to work.

“To say Silicon Valley is the only place where innovation happens is wrong,” said Urmson who has worked to bridge the gap between Silicon Valley and the auto industry. “It is not a crusty Detroit/shiny Silicon Valley. Anyone who thinks that is crazy.”

To get volumes of cars on road, Google is expanding Urmson’s team. Krafcik brings technical expertise and auto industry experience to the effort.