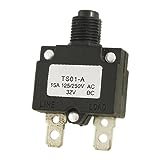 December 1, 2011:Volkswagen employees work on the assembly line of the 2012 VW Passat in Chattanooga, Tennessee.REUTERS/Billy Weeks

The United Auto Workers on Friday challenged last week’s close vote by workers at a Volkswagen plant in Chattanooga, Tenn., that rejected the UAW’s bid to represent them.

In an appeal filed with the National Labor Relations Board, the union asked the federal labor agency to consider holding another vote at the plant, arguing that “interference by politicians and outside special interest groups” had swayed the election.

The union’s request, known as an objection to the election, could lead to a new election. The NLRB will review the UAW’s objections, a spokesman told The Wall Street Journal.

The appeal cited “a coordinated and widely-publicized coercive campaign” by politicians and outside groups to deprive Volkswagen workers of their right to join a union “free of coercion, intimidation, threats and interference,” The Journal reported.

In particular, the appeal took aim at Sen. Bob Corker, a Tennessee Republican and former Chattanooga mayor, who suggested that a “no” vote would lead a Volkswagen expansion in the state with a new sport-utility vehicle line.

The UAW bid was defeated in a 712-626 vote, even though the German company generally is considered labor-friendly.

“It’s an outrage that politically motivated third parties threatened the economic future of this facility and the opportunity for workers to create a successful operating model that would grow jobs in Tennessee,” UAW President Bob King said.

The union had faced a midnight Friday deadline for filing the action with the NLRB. The rejection by Volkswagen workers dealt a harsh setback to the union, especially since Volkswagen did not oppose the unionization drive.

“Sen. Corker’s conduct was shameful and undertaken with utter disregard for the rights of the citizens of Tennessee and surrounding states that work at Volkswagen,” the UAW’s filing asserted. “The clear message of the campaign was that voting for the union would result in stagnation for the Chattanooga plant, with no new product, no job security, and withholding of state support for its expansion.”

Corker defended his high-profile opposition to the UAW’s overture. “The workers at Chattanooga’s Volkswagen plant spoke very clearly last week, so we are disappointed the UAW is ignoring their decision and has filed this objection,” he said Friday in a statement.

He also warned that the union’s filing could slow Volkswagen’s final discussions on where to locate the SUV line, according to The Wall Street Journal.

“This complaint affirms the point many of us have been making: that the UAW is only interested in its own survival and not the interests of the great employees at Chattanooga’s Volkswagen facility nor the company for which they work,” Corker said.

The document names Gov. Bill Haslam and about a half-dozen other senior state officials, accusing them and their staff of coordinating “publicly announced and widely disseminated threats,” according to the Journal.

A Volkswagen spokesman in Chattanooga, Scott Wilson, declined to comment on the appeal.

A spokesman for Haslam would only say that “the governor is focused on working with Volkswagen on future growth in Tennessee.”

The UAW challenge comes days after the top labor representative on Volkswagen’s supervisory board suggested that the anti-union atmosphere fostered by Southern conservatives could lead the company to make future investments elsewhere. Worker representatives make up half of the board that has control over all management decisions at Volkswagen.

Volkswagen has announced plans to spend $7 billion in North America over the next five years.

The vote against the UAW was a setback to the union’s goal of expanding into foreign-owned auto plants in the U.S., particularly those in the South.

The union included various news accounts of remarks by Corker and other Tennessee Republican officials in its filing. It called upon the NLRB to “set aside the election and order that a new election be held.”

A person briefed on pre-election campaign efforts told the Journal that union officials believe Corker’s statement about the SUV line influenced the outcome, and that employees who once were in favor of a union were swayed to more neutral or to “no.”

But another individual who had been advising workers opposed to the UAW told the newspaper about 1,000 of the 1,300 votes were cast last Wednesday before Corker went public with the statement that the plant would get the SUV line even if the union lost the election.

Click here for more from The Wall Street Journal.