The Chevrolet Corvette Stingray is among the “most American” models having the highest percentage of domestic content, and is being offered for the 4th of July weekend with 10% off the MSRP, along with other discounts. (AP Photo/Paul Sancya)

The 4th of July is the most patriotic of our national holidays, and most of us celebrate the adoption of the Declaration of Independence with fireworks and picnics. And automakers are hoping to lure revelers away from their hot dogs and baseball games this coming weekend and pack them into their dealers’ showrooms by offering some sizeable cash rebates, discounted lease deals, and cut-rate financing offers.

As it is, with new-car sales suddenly sputtering, manufacturers are going all in on incentives to keep inventories manageable as the new-model-year changeover approaches. According to J.D. Power Valuation Services new-vehicle incentives increased for the 26th consecutive month in May, reaching an industry average $3,510 per unit. FCA’s Ram division registered the highest spiffs at an average $5,783 for its truck lines.

And the incentives are skyrocketing even higher for automakers’ 4th of July weekend sales events. In the spirit of the season, we’re highlighting a dozen of the best deals being offered on some of the “most American” cars on the market. Each is estimated to contain between 78.5% and 85.5% domestic content, with the latter shared by the Buick Enclave, Chevrolet Traverse, and GMC Acadia three-row crossover SUVs. That’s according to the annual “Made in America Auto Index” compiled by American University’s Kogod School of Business associate professor Frank DuBois which we featured in an earlier post. 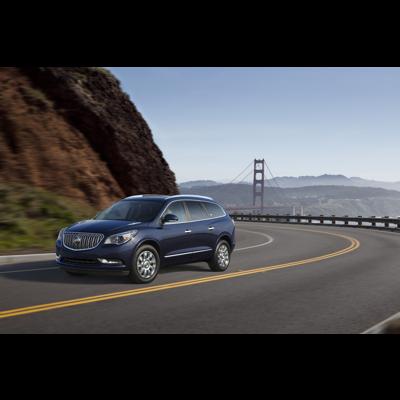 The best deal we could find among the top models on DuBois’ list is on the full-size Ford Expedition SUV; in anticipation of a long-overdue full redesign coming this fall, it’s being offered with cash rebates as rich as $7,500-$9,000 depending on the region. And speaking of all-American rides, Chevrolet is knocking 10% off the sticker price (along with further discounts) on the iconic Corvette Stingray. Meanwhile, Ford is slapping as much as $5,250 on the food of the big and burly F-150 pickup truck, which also happens to be the top-selling vehicle of any kind in the U.S. We’re featuring all 12 in the accompanying slide show, listed alphabetically.

In addition to where a vehicle is assembled and the origin of its components, DuBois’ study accounts for where research and development were conducted and in which country the profits generated by each model ultimately wind up. While this tends to favor the Big Three brands, the index does highlight some import-nameplate models built here in the good old U.S. of A. These include the Kia Optima and Toyota Camry sedans – each at 78.8% domestic content – and offering up to $3,000 cash-back this weekend.

As always, new-vehicle incentives sometimes vary from one area of the country to another, so be sure to check automakers’ websites to identify deals that are applicable to your zip code. Take particular note of any additional incentives being offered to current owners or lessees of vehicles from the same automaker (a “loyalty” deal) or those from competing brands (a “conquest” deal). Likewise, be on the lookout for additional cash rebates that might be offered, say to recent college graduates and members of the military or other groups like the AARP.