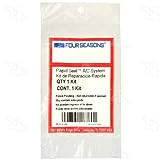 
WASHINGTON – Internet activists declared victory over the nation’s big cable companies yesterday, after the Federal Communications Commission voted to impose the toughest rules yet on broadband service to prevent companies like Comcast, Verizon and AT&T from creating paid fast lanes and slowing or blocking Web traffic.

The 3-2 vote ushered in a new era of government oversight for an industry that has seen relatively little. It represents the biggest regulatory shakeup to telecommunications providers in almost two decades.

The new rules require that any company providing a broadband connection to your home or phone must act in the “public interest” and refrain from using “unjust or unreasonable” business practices. The goal is to prevent providers from striking deals with content providers like Google, Netflix or Twitter to move their data faster.

President Obama, who had come out in favor of net neutrality in the fall, portrayed the decision as a victory for democracy in the digital age. In an online letter, he thanked the millions who wrote to the FCC and spoke out on social media in support of the change.

LONDON – The world knows him as “Jihadi John,” the masked, knife-wielding militant in videos showing Western hostages being beheaded by the Islamic State group. Yesterday, he was identified as a London-raised university graduate known to British intelligence for more than five years.

The British-accented militant from the chilling videos is Mohammed Emwazi, a man in his mid-20s who was born in Kuwait and raised in a modest, mixed-income area of west London.

No one answered the door at the brick rowhouse where Emwazi’s family is said to have lived. Neighbors in the area of public housing projects either declined to comment or said they didn’t know the family.

British anti-terror officials wouldn’t confirm the man’s identity, citing a “live counterterrorism investigation.” But a well-placed Western official, speaking on condition of anonymity because he wasn’t authorized to speak publicly, confirmed he is Emwazi.

“The speaker’s pretty adamant that he’s not going to shut down Homeland Security, especially in light of the Mall of America and in light of what’s happened in New York,” said Rep. Dennis Ross., R-Fla., emerging from a closed-door strategy session with the Republican rank-and-file.

Ross and other Republicans said legislation to provide funding for DHS for three weeks would be put to a vote in the House today. Senate Democratic officials indicated they would agree to it, and predicted President Obama would sign the measure, averting a partial shutdown of an agency with major anti-terrorism responsibilities.

Outlining a second step in their revised strategy, Ross said House Republicans would also seek negotiations with the Senate on a spending bill to fund the agency until the Sept. 30 end of the budget year while also rolling back Obama’s immigration directives.

Some real llama drama in the desert

PHOENIX – Two quick-footed llamas dashed in and out of traffic in a Phoenix-area retirement community before they were captured by authorities yesterday, causing a stir in the streets and on social media.

A large, white llama and a smaller black llama darted through the streets of Sun City during the lunch hour. Cars and golf carts stopped in their tracks because of the wayward livestock.

The fugitive llamas were part of a trio that were making a therapy visit to residents at a senior assisted living facility.

Their televised breakout from GenCare SunCity at The Carillons quickly inspired a Twitter account and several hashtags including #LlamasonTheLoose, #llamadrama and #TEAMLLAMAS.

Arizona U.S. Sen. John McCain and the Arizona Cardinals got in on the fun. McCain tweeted that he was “glad that #LlamaDrama 2015 has been peacefully resolved!” The Cardinals tweeted that team “agreed to one-year deals with the #llamasontheloose,” promising the animals a salary in hay.