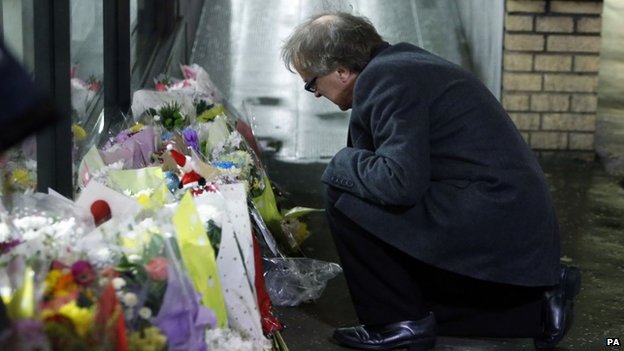 The Bishop of Glasgow and Galloway, the Very Rev Dr Gregor Duncan, lays flowers laid at the scene

The six victims of the fatal bin lorry crash in Glasgow have been removed from the scene.

Six people were killed and eight injured after the lorry careered out of control in Glasgow city centre and ploughed into pedestrians.

Ms Sturgeon praised the response of the people of Glasgow but said it was “a city with a broken heart”.

The lorry had mounted the pavement, packed with Christmas shoppers, before crashing into a hotel at about 14:30 on Monday.

Eyewitnesses said the lorry driver, who was one of those taken to hospital, had been “slumped over his wheel”.

George Ieronymdis, owner of the Elia Greek Restaurant on George Square, said he had been told that three of the bin lorry’s crew were seen jumping from the vehicle and holding their heads in their hands, looking devastated. 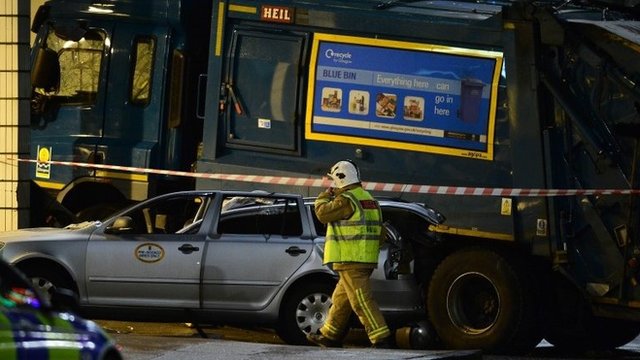 
Dozens of floral tributes have been placed near the scene, and prayers are due to be held by the Church of Scotland later.

Minister Alastair Duncan will be leading the prayers at nearby St George’s Tron Church from 11:30.

The church will be open from 10:00 until 16:00 “for those who wish to say a prayer in their own time and sign a book of condolence”.

Church of Scotland Moderator John Chalmers said: “The news from the city centre of Glasgow just a few days before Christmas is simply devastating. 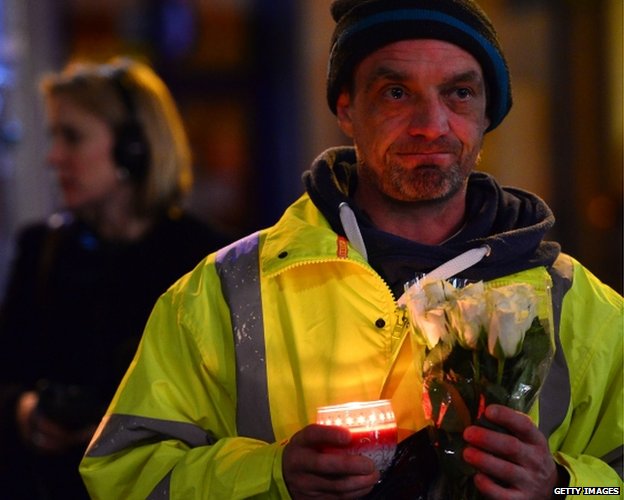 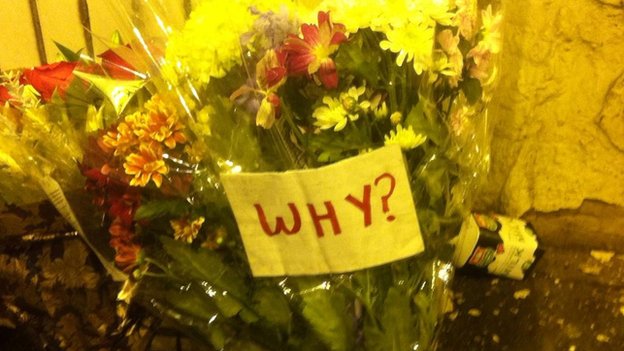 “For the second year in a row, Glaswegians will have to dig deep into their reserves of compassion and sympathy as they support the families of those who have been killed and injured today.”

Archbishop Philip Tartaglia will say mass for the victims at St Andrew’s Cathedral in Glasgow on Wednesday.

Police Scotland said there appeared to be nothing “sinister” about the crash and are still carrying out investigations at the scene.

The first minister told BBC Radio’s Good Morning Scotland programme: “The emergency services have been on the scene all night.

“The bodies of those who sadly lost their lives have now been taken away from the scene. There will be a process of formal identification still to go through today. 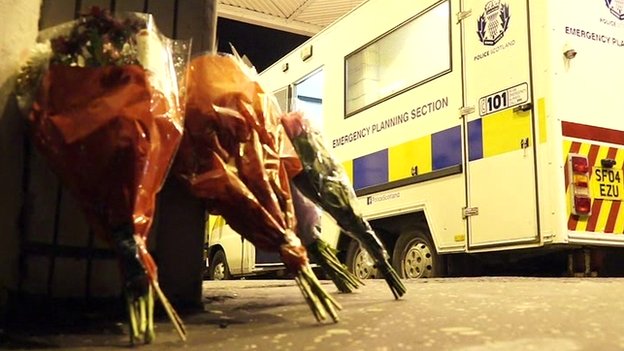 Ms Sturgeon added: “I think all of us [watching] on our televisions were again struck by just how readily people run into a scene of potential danger to help those who have been injured, those who have been affected. There was a sense in the city last night of everybody rallying round.

“There is something quite incredible about the spirit in this city. Everybody knows it is a city with a big, big heart.

“This morning it is a city with a broken heart but it will get through this as it got through the Clutha tragedy.”

Ms Sturgeon said flags would fly at half-mast on government buildings on Tuesday out of respect.

She called the crash “absolutely heartbreaking”, while city council leader Gordon Matheson described it as a “terrible tragedy”.

“Our thoughts and prayers are with all those affected,” he said. 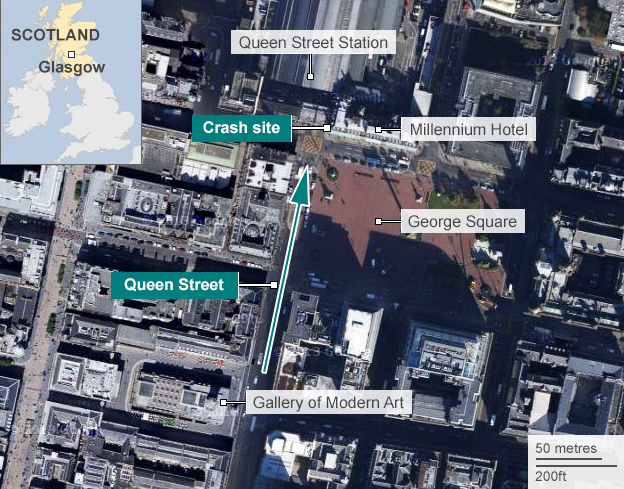 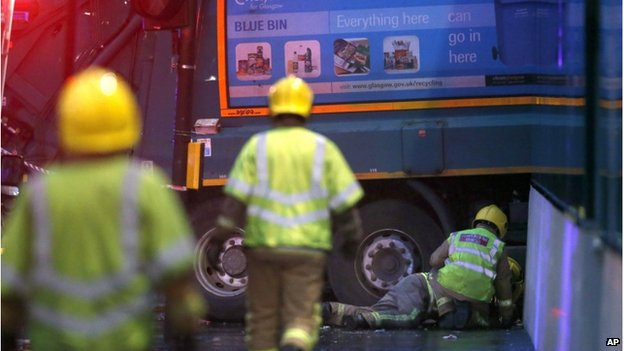 Police Scotland have asked for anyone with photographs, videos or any type of mobile footage of the incident to contact them, using a dedicated email address.

The first casualty is believed to have been a pedestrian struck by the bin lorry close to the Gallery of Modern Art (Goma) several hundred yards from where it eventually came to rest.

The lorry, operated by the city council, flattened street signs as it travelled along Queen Street and the side of George Square.

It finally crashed into the Millennium Hotel, beside the entrance to Queen Street station in George Square, at 14:30 GMT. 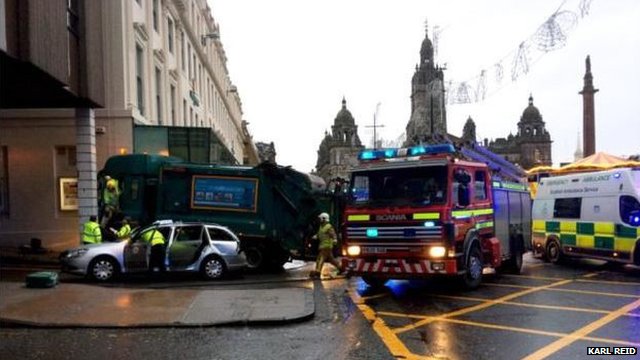 
Anjan Luthra, who works nearby and was one of the first people on the scene, said he saw “three or four bodies” and other people running away from the lorry.

“I’ve never seen anything like that in my life, it was like a war scene. It literally was,” he said.

Eight people injured in the crash – including the driver – are receiving treatment at Glasgow Royal Infirmary, the Southern General and the Western Infirmary. 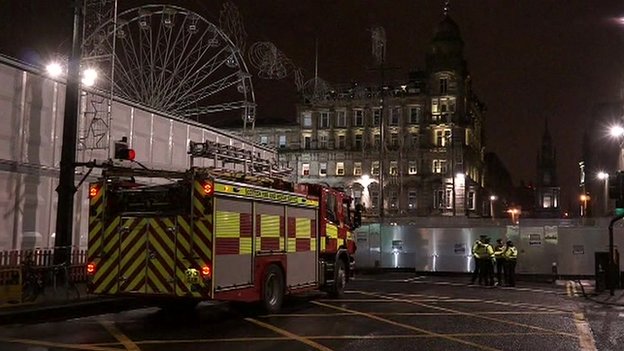 A spokesman for the Institute of Traffic Accident Investigators said that vehicles, even large ones, can carry on for a considerable distance if there is an “unintended acceleration”, which could be caused by a driver falling ill.

“Without speculating on this incident, there might be a number of causes for a vehicle to travel a considerable distance,” he said. 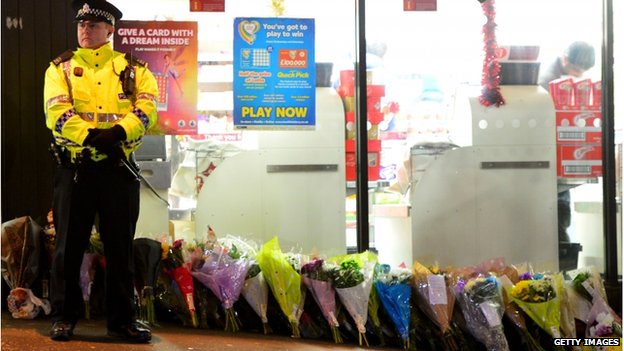 Are you in Glasgow? Do you have any information to share? If you are willing to speak to a BBC journalist please email your comment and contact number to haveyoursay@bbc.co.uk