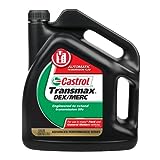 An 11-year-old boy was killed and three other people were injured when a BMW went off Highway 50 in El Dorado County, the California Highway Patrol said.

The crash happened about 12 a.m. Wednesday on westbound Highway 50 near Riverton Court when a 33-year-old man driving a BMW lost control of his vehicle as he was making a turn, officers said. The driver tried to apply his breaks when the wheel locked causing the car to go off the road.

The BMW became airborne and went down a rocky embankment, hitting several large rocks before overturning multiple times and landing on its roof. The driver and his son, 11, became trapped inside the BMW, according to investigators.

Several people stopped and helped the driver get out of the vehicle. He was airlifted to the hospital with major injuries, the CHP said.

Firefighters pulled the boy from the BMW, but he later died at the scene.

The driver’s daughter, 13, who was not wearing a seat belt, hit several rocks as she was ejected from the car, officers said. A 23-year-old woman was able to get out of the vehicle on her own. Both suffered minor injuries and were taken to a hospital.