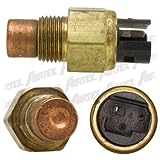 The Los Angeles Police Department will soon have a new electric car in the motor pool in the form of the a BMW i3.

BMW of North America is supplying the LAPD with 100 of their electric compacts for use as non-emergency vehicles. That means the department will be using them to shuttle officers and staff around and in community outreach — not in traffic stops or for chasing down perps in LA’s notorious car chases.

BMW says that the i3 won the deal after an evaluation process that pitted it against other electric car models. The automaker did not say which models, but it is known that the LAPD has been testing the Tesla Model S as well, though the BMW contract doesn’t necessarily preclude the use of the American-built EV.

According to BMW’s press release, the i3 was chosen for its fuel efficiency and ConnectedDrive fleet management technologies. The company also adds that the i3’s compact size and small turning radius make it ideal for congested urban environments.

“We should be thinking green in everything we do — and these new EVs show how local government can lead,” said LA mayor Eric Garcetti. “Our sustainability plan pushes LA to speed adoption of greener practices and technologies, which also save money and resources.”