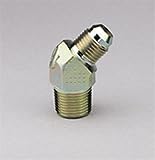 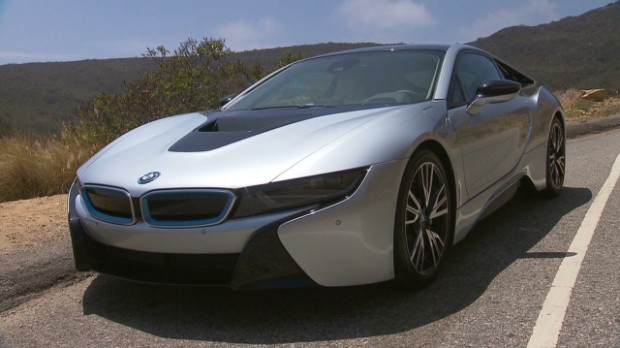 When I was a kid and I imagined what cars would look like around 2014, I imagined something like the BMW i8. Except even my imagination wasn’t this cool.

Long and low, the i8 has a recessed air scoop carved out of its hood and, on the sides, twin pairs of fins meet at right angles to create a air channels. This car looks like it’s made from pieces that aren’t quite touching, held in place by some invisible force.

That three-cylinder engine is tuned up and turbocharged to put out 228 horsepower all by itself. Add in the electric motors and the i8 can crank out 357 horsepower total.

With a battery pack riding up the center of the car, the small engine in back and an electric motor in front, the i8 is roughly perfectly balanced. It also has BMW’s traditionally light but sensitive steering and nicely responsive brakes. With its engine sound “enhanced” through the stereo (pre-recorded engine noises play in sync with what the actual engine is doing) the driving experience has the expected BMW thrill.

Several different driving modes are available which allow the driver to shift the emphasis between one extreme and the other. Official fuel economy numbers aren’t available yet but BMW promises efficiency similar to a compact car. Driven gently, the i8 can go up to 22 miles on electricity alone after a full charge, which takes 90 minutes.

Before I’d driven the i8, its $136,000 base price sounded exorbitant. It’s not. Both the exterior and interior are not just striking but beautiful. Driving the i8 through tightly twisting mountain roads along the southern California coast provided about as much fun as I could have expected from any car. The i8 felt fast, light enough, considering it’s loaded with batteries, and easy to drive quickly.

I scooted from turn to turn with that nice engine sound purring in my ears, scooting smoothly through curve after curve, the steering wheel providing gentle, reassuring feedback.

I thought about the Cadillac ELR, another plug-in hybrid I’d driven in the same place a few months before. It wasn’t a horrible car but, at half the price, the ELR didn’t seem worth the money. I wondered why. The answer is that vague luxury stuff called “refinement.”

The ELR was like a high quality tuxedo T-shirt, its refinement ironed on over the fabric of what was a very good mass-market plug-in car, the Chevrolet Volt. The ELR felt and sounded harsh compared to the i8’s smooth and gratifying performance. The i8 never felt strained or struggling. Like a proper leading man, it was always at ease while the ELR, doing the same job not quite as well, felt like it was getting sweat stains around its armpits.

Offering more than just a glimpse of the future, the i8 provides genuine automotive fulfillment in the very real and demanding present. It just looks like science fiction.