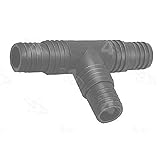 Following a leak yesterday, BMW has lifted the veil off of the all-new second-generation X1. The Munich-based automaker’s next entry-level crossover is scheduled to greet the public for the first time in September at the Frankfurt Motor Show.

Shorter, wider and taller than the outgoing model, the X1 gets a sharper-looking design that borrows styling cues such as angular headlights, a sculpted hood, and a tall kidney grille from the entry-level 1 Series hatchback sold across Europe. The rear fascia ditches the current model’s L-shape tail lamps in favor of more streamlined units that emphasize the crossover’s width. All told, the second-gen X1 boasts a much more harmonious design than the current model.

The cockpit features a familiar layout but it gains a 6.5-inch multimedia screen located on top of the dashboard and a longer center console. The soft-roader continues to offer BMW’s familiar no-nonsense analog instrument cluster and a three-spoke multi-function steering wheel. Trunk space checks in at 17.8 cubic feet with five occupants on board, a generous increase compared to the outgoing model’s 14.8 cubes, while folding down the rear seats clears up over 54 cubic feet.

The X1 is an entry-level model in name only, and buyers can spruce it up by choosing from a long list of high-tech options including a heads-up display, full LED headlights, BMW’s Dynamic Damper Control and power-adjustable rear seats.

At launch, the crossover will exclusively be available with a turbocharged 2.0-liter four-cylinder engine that makes 228 horsepower at 5,000 rpm and 258 foot-pounds of torque at just 1,250 rpm. Linked to an eight-speed automatic transmission, the turbo four sends the X1 from zero to 60 mph in 6.3 seconds and on to a top speed of 130 mph, though BMW can raise that figure to 143 mph at an extra cost.

The X1 shares its front-wheel drive UKL platform with the MINI Hardtop and the 2 Series Active Tourer, but all models come standard with BMW’s xDrive all-wheel drive system. However, a more affordable front-wheel drive version could join the lineup a little later in the production run.

After greeting the show-going public in Frankfurt, the 2016 BMW X1 will go on sale across the nation next fall. Pricing and fuel economy figures will be published in the weeks leading up to its on-sale date.