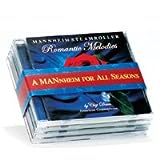 The lightweight, compact DC Fast Charger will power 80% of the BMW i3′s battery in 30 minutes.

The biggest problem automakers selling electric cars face is limited range. No one wants to get caught without any juice. To get around this concern, Tesla, whose Model S offers the best range (up to 265 miles), is building a vast network of “Supercharger” stations that make it possible to take epic road trips. Now BMW is following suit, launching a network of charging stations to make owning its first all-electric car, the range-handicapped i3, more convenient.

The automaker announced last week that it has developed an impressively small, lightweight, and inexpensive charger that it is working to install around the country. BMW will sell the charger to “authorized partners”—starting with dealers—for $6,548. NRG eVgo, a private EV-charging company, will install at least 100 around California and offer free charging to i3 owners through the end of 2015.

The 24 kilowatt BMW i DC Fast Charger, developed with Bosch Automotive, can charge the i3’s battery up to 80 percent in 30 minutes. Compared to other chargers on the market, the BMW version is quite small: 31 inches tall, 19 inches wide and 12 inches deep. It weighs just 100 pounds, light enough to be mounted without reinforcing the wall or pouring extra concrete.

“It’s more or less standard technology,” says Cliff Fietzek, BMW North America’s manager for connected e-mobility, just in a smaller package. The tradeoff is the lower voltage (24kW instead of the 50 or more other quick chargers offer) and a slightly longer charge time. Fietzek says the reduced weight and cost are well worth it.

That’s because a broad charging network is key to BMW’s long-term plan to sell electric cars; developing a lightweight, cheap charger is the way to do that as quickly as possible, says Rob Healy, BMW’s EV infrastructure manager. That’s true even though the i3, with a claimed range between 80 and 160 miles (depending upon whether you get the internal combustion range extender, which makes the car something like a Chevrolet Volt), is meant to be used for daily commuting, not long distance trips. While most owners will charge overnight at home, its reassuring (and convenient) to have the option of charging on the road. “The visibility and availability of public chargers really helps from the customer perspective of range anxiety,” Healey says.

Tesla uses a proprietary design for its vaunted Superchargers, which means only Tesla owners can power up. BMW isn’t being so exclusionary, in small part because it has no interest in owning or operating the network. Its chargers feature the SAE Combo 1 plug  inlet that American and German automakers have adopted for quick charging. Vehicle owners will be able to pay using an account with ChargePoint, a network that offers access to 18,400 chargers around the country.

Why allow just anyone with a battery powered car to fill up at a station that BMW worked to develop? Because the easier it is to own an EV—any automaker’s EV—the better it will be for everyone, including BMW, Fietzek says. Rather than lock others out, this will encourage them to help build needed infrastructure. BMW on its own “would not be able to create the ecosystem to have a premium customer experience with an electric car,” he explains.

BMW’s plan makes sense. “There are a lot of potential customers who can’t plug the vehicle in at home,” says Philip Gott, an analyst with IHS Automotive. Having stations in public can help them out. Allowing other drivers to fill up at the stations is a fine way to advance the adoption of electric vehicles. But he takes issue with the term “fast charging,” because filling 80 percent of a battery in half an hour is still way less convenient than filling a conventional car’s gas tank in five minutes. Until the batteries in electric cars can provide a range measured in hundreds of miles, not dozens, he says, any kind of charging infrastructure is just an interim solution.