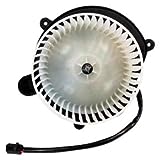 Ken Scott thinks it is great that BMW offered free test drives Thursday in Topeka — and even better that the promotion benefited good causes.

Scott, a BMW owner, said he test drove two 2016 BMW vehicles — a sports car and a luxury model — during the “Drive For a Cause” event at the Topeka Zoo in Gage Park.

Five 2016 BMW cars and two 2016 Mercedes models were available in the lot, where anyone with a valid driver’s license could test drive as many cars as they wished.

A sign nearby said: “Take a test drive. Make a difference.”

Participants drove the cars along a 5- to 6-mile route, which included both city and highway driving.

BMW agreed to donate $1 for each mile driven, up to a maximum of $10,000, to the zoo’s project to develop Camp Cowabunga, a complex targeted at making visitors feel like they are on an African safari.

Zoo director Brendan Mills Wiley, whose initials are “BMW,” said Thursday evening it wasn’t immediately clear how much money the event raised but he considered it likely that Drive for a Cause would return next year.

Through an additional partnership with BMW Volkswagen of Topeka, Wiley said, 63 children from Boys & Girls Clubs of Topeka and Big Brothers and Big Sisters of Topeka received free admission to the zoo on Thursday.

Scott said he was glad to see BMW working to make a difference in the communities where it sells cars.

He said the luxury vehicle he drove Thursday was smooth and comfortable, with “lots of whistles and bells,” while the sports car was smaller, sportier and “more responsive.”

“I would encourage anybody who’s not able to participate today to come down at the next opportunity,” Scott added.

“The event was extremely easy for us to accommodate,” Wiley said. “The BMW folks pretty much did it all.”

Mills said he personally has never owned a BMW but — as a child — always had a poster hanging on the wall in his room showing whatever was BMW’s “coolest sports car.”

The zoo last year announced plans to develop Camp Cowabunga. Gary Clarke, Topeka Zoo director from 1963 to 1989, has played a key role in planning to develop the camp, for which the name will be subtitled “Gary Clarke’s Africa.”

Wiley said plans call for the camp to provide an unparalleled level of detail in creating a safari experience that feels genuine.

More information about the project can be found at http://www.campcowabunga.org/.