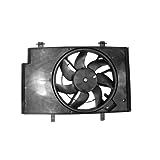 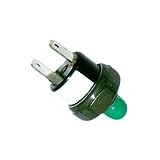 As the highly anticipated Apple Watch begins its rollout, automakers are racing to embrace it — and other smartwatches — as the latest way to make driving easier and to add more appeal for tech geeks.

Porsche said Friday that it is joining other automakers in making sure it has a smartwatch strategy. In Porsche’s case, it says it will be among the first with an Apple Watch app.

Also Friday, BMW divulged details of its Apple Watch app, which will work with its two plug-in cars, the i3 and the i8. Apple featured BMW as an example of the kinds of apps that its watch will have when the wearable made its formal debut in March, but until now, there haven’t been many details about how it will work.

BMW and Porsche are in the forefront of what is likely to be a wave of automakers rolling out their own smartwatch apps as they try to move toward having consumers view their cars as extensions of their digital lives.

Hyundai, for instance, expects to launch an Apple Watch app soon that works in conjunction with its Blue Link connectivity systems. Ford says it won’t be far behind. “Nothing to share yet, but it’s some exciting stuff,” Ford spokesman Alan Hall says.

Porsche says its Apple Watch app will allow drivers to remotely control many functions right from their wrists via Porsche Car Connect. Drivers will know whether their windows, doors, trunk lid and sunroof are closed. The car can be locked remotely. Through the watch, drivers can be guided to their car in a crowded parking lot. When they’re close, they can use their watch to get the car to beep its horn or flash its lights, Porsche says.

“Integrating the Apple Watch adds a new level of individuality and comfort to communication between driver and vehicle,” Porsche says in a statement.

Likewise, BMW says its free Apple Watch app, available on Apple’s iTunes store, will cover a number of functions unique to its electrified cars, the i3 electric city car and the i8 plug-in hybrid sports car. It will let users know how much juice is left in their car’s battery and let them know when charging when the car’s battery is at full capacity.

BMW is taking it further. The app will continue to guide drivers to their final destination on foot after they have parked their cars. It can also guide them back to their cars, BMW says.

When they are outside their cars, BMW owners can set their car’s cabin temperature through the watch.

Tesla has yet to unveil an Apple Watch app, but third-party app developers are taking a look at how to develop apps for it and other cars.

A Ukraine-based software developer, Eleks Labs, said this year it is creating an app that will let Tesla owners know at a glance how much juice is left in their car’s battery and how many miles of range they have left. They could lock or unlock doors or switch on the headlights and find out the car’s cabin temperature and its location.

Eleks said it was developing its app from a beta version of the Apple Watch, so it is yet to be seen how its final version turns out. The developer makes it sound like the task wasn’t that hard, taking only a couple of days to create a basic version: “A couple of days, gallons of coffee and hours of restless peering into monitors,” it says on its website.

Wearables could be the next big thing in the auto space, said a report prepared in conjunction with the TU-Automotive Detroit 2015 conference this year. But the author, Breandan McNally, said there could be missteps along the way. He noted how Google Glass, the computer-based eyeglasses, never took off.

“One only need to look at the lightning rod that is Google Glass to see the difficult road ahead for (automakers) as they explore opportunities and partnerships with the tech firms behind the products and services,” he wrote.