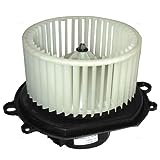 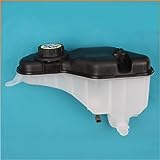 BMW AG aims to cut roughly 2 billion euros ($2.4 billion) from its annual purchasing bill by squeezing costs for transmission components and other parts to help finance the shift to electric cars.

Amid plans to roll out at least 12 electric cars by 2025, Munich-based BMW is seeking to trim about 5 percent from spending on car parts alone, which currently totals about 40 billion euros yearly, Markus Duesmann, head of purchasing, said Wednesday in an interview. That compares with a cumulative 4 billion-euro reduction that competitor Daimler AG is seeking in fixed costs, research and development spending and capital expenditures.

BMW, Mercedes-Benz owner Daimler and Volkswagen AG are projecting that battery-powered vehicles could comprise more than a quarter of their sales by the middle of next decade. The German carmakers are pushing for cost cuts to offset weaker margins for electric cars, which Stuttgart-based Daimler estimates could amount to half the profitability of conventional models.

“The change in the industry that looms large is significant, it’s coming and there’s no longer the question of when — it’s now,” Duesmann said in the interview at the Frankfurt auto show. “The number of balls we have to keep in the air is huge.”

The strategy at BMW includes reducing the range of custom options and boosting competition among component producers, Duesmann said. The manufacturer is set to rely less on buying parts from a single company and will work to cut the number of suppliers that have a monopoly position, he said.

The savings on conventional auto components are especially critical as overall procurement spending is set to rise by 2 billion euros to 3 billion euros by 2025 amid expenditures on electric cars, including new tooling, Duesmann said. BMW is also responding to the expected pressure on profitability by expanding its offering of lucrative high-end models like the 8-Series coupe and X7 sport utility vehicle.

“We’re trying to compensate for the higher investments the company is facing,” he said.