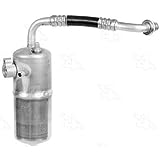 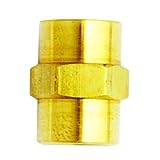 BMW outlined plans to build a factory in the central Mexican city of San Luis Potosi, reducing the German company’s dependence on higher-cost plants at home.

The plant will begin assembling models in 2019 with an initial workforce of 1,500 and annual production capacity of 150,000 vehicles, the company said.

“Mexico is an ideal location for the BMW Group,” production chief Harald Krueger said in a statement. “We are continuing our strategy of ‘production follows the market.'”

“With this investment, Mexico is stepping up to premium-level production of global vehicles,” Mexican Economy Minister Ildefonso Guajardo said as the plant was announced.

BMW did not reveal what type of vehicle it will build, and a spokeswoman for the company said no decision had been made. But several Mexican and European officials at the presentation said they believed the plant would produce 3 Series cars.

“At some point I heard that they were talking about the 3 Series,” Guajardo told reporters after the event. “But I don’t have the official confirmation.”

Guajardo added that at least one other big auto investment would be announced this summer but did not elaborate. Reuters reported last month that Kia Motors Corp (000270.KS) plans to break ground soon on a new plant in Mexico.

“We are going to see all these plants starting with one or two products at the very beginning, but they will gradually become critical pillars of profitability for the premium manufacturers,” he added.

Mexico benefits from tariff-free exports to the United States as well as Europe, while its factories are beyond the reach of the United Auto Workers union, which has been struggling to boost its influence in the U.S. South.

BMW’s investment comes amid a domestic industrial cost review that has some German unions worried about their longer-term outlook, as the company reduces reliance on sluggish European markets that still account for 44 percent of sales.

The plant also increases BMW’s bet on the United States, which is the world’s largest luxury-car market along with China.

In March, BMW announced a $1 billion investment to expand capacity by 50 percent at its plant in Spartanburg, South Carolina, where it builds a range of sport utility vehicles.