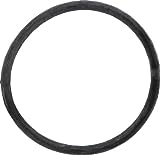 (Photo : Reuters) Firefighters stand outside a home hours after it caught fire in the Midwood neighborhood of Brooklyn, New York March 21, 2015. In one of New York City’s deadliest fires in years, seven children from the same Orthodox Jewish family died early on Saturday when flames ripped through their Brooklyn home, officials said.


Seven children were killed when fire gutted their home in Brooklyn, New York on Saturday, Sabbath day, in what was the city’s deadliest fire in nearly a decade.

The siblings — four boys aged 5, 6, 7 and 11 and three girls aged 8, 12 and 16 – were all trapped in their bedrooms, while their mother and 15-year-old sister managed to escape by jumping out of the second floor window.   They were the only two from the Sassoon family who came out alive.

New York Fire commissioner Daniel Nigro said there were no indication of any foul play, adding that a hot plate malfunction occurred.

Electric hot plates are usually used by Orthodox Jews on Sabbath to keep food warm, when they are not allowed to light a flame or use equipment such as stoves.

New York City Mayor Bill de Blasio described the scene as a total wipe out, adding that everything inside the home was charred.

“You can literally see what was a home for a large, strong family and now it’s wiped out, every room empty, burned and charred,” de Blasio said. “This is a tragedy that has very few examples to look at, it’s so painful, it’s so difficult.”

Fire officials received a call at about 12:23 am Saturday, just as flames began to engulf the home at Bedford Avenue, in the Midwood section of Brooklyn. More than a hundred firefighters rushed to the scene.

Initial investigation showed, the fire that started from an electric hot plate malfunction first went unnoticed.  The fire quickly spread in the first floor feeding off on wood inside the house. It only took split seconds before the flames reached the staircase leading up to the bedrooms.  The fire went uncontrollable as it engulfed the whole second floor area.  The children got trapped in their rooms due to the thick smoke that has filled the whole house.

Investigators said, smoke detectors were only found at the basement, but none were seen at the first and second floors.

The mother, Gayle Sassoon jumped from the window to seek help.  Her other daughter, Siporah had a chance to jump too.

A neighbor, Nate Weber, said he heard the mother screaming for help.

“She valiantly tried, although she was badly burned, to get out and get help,” fire commissioner Nigro meanwhile said of Sassoon. “She was very brave.”

Another neighbor Andrew Rosenblatt also recalled hearing some muffled screams “Mommy, Mommy, help me!” from inside the house while the fire engulfed the Sassoon home.

Rosenblatt said, the smoke grew so thick that the back of the Sassoon home became invisible.

Firefighters scrambled to rescue the trapped children.  They found them in the bedrooms, grabbed them and brought them out of the house through the windows.

Emergency crew tried to resuscitate them, but they could not be saved.

The mother and the 16-year-old daughter who both suffered  burns and smoke inhalation were in critical condition and being treated at a hospital.

Mrs. Sassoon’s husband was out attending a conference, and was also refraining from using electronic communication as dictated by Sabbath rules.  He only learned the tragic incident about his family hours after the fire.

The Sassoon house was built more about a century ago as showed in building records.  Their area was home to many Jewish families.