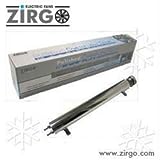 General Motors Co.’s Buick brand confirmed Friday that beginning next summer it will import the compact Envision crossover to the U.S. from China.

The move will mark the first time one of the Detroit Three has imported a vehicle from China and will give the luxury brand a crossover to slot in its lineup between the hot-selling subcompact Encore and larger Enclave.

It was quickly criticized Friday by the United Auto Workers, which said in August it would address speculation that the company planned to import a Buick SUV from China during its recently completed contract negotiations with GM.

“Today’s announcement by General Motors that they are importing the Envision from China is a slap in the face to U.S. taxpayers and the men and women who worked so hard to save GM during its darkest time,” UAW President Dennis Williams and Vice President Cindy Estrada, who head the GM department for the union, said in a joint statement.

“General Motors continues to use the slogan, ‘Build it where you sell it.’ The company should adhere to their own words and should reconsider this decision and place this product into one of their facilities in the United States of America. The men and women of GM who are so proud of their role in saving their own company deserve better and so do the American taxpayers who invested so much in GMs future.”

Buick spokesman Stuart Fowle said GM is importing the crossover from Yantai, China, because it makes the most business sense for the company.

“We have production already going (in China) and adding a second manufacturing facility for the volumes that we would expect in the U.S. just wasn’t feasible,” he said. “We wanted to take advantage of the manufacturing already in place. We’re very confident in the vehicle.”

The Envision debuted in fall 2014 and currently is only sold in China. Through November this year, Buick has sold 127,085 of the Envision SUVs in China.

Buick’s Duncan Aldred, U.S. vice president of Buick sales, service and marketing, confirmed with Buick’s national dealer council on Thursday that the Envision was coming to the U.S. and with Buick dealers on Friday, Fowle said.

The Encore and Enclave represent about 60 percent of Buick’s North America sales and Fowle said Buick wanted to inform dealers now that this product is coming.

“We see a big hole right in the middle of them,” Fowle said. “This Envision is designed to be perfect for that spot.”

The brand likely could use the boost, as sales of its three sedans have slid. Through November, Buick’s U.S. sales are down 3 percent, with sales of the LaCrosse, Regal and Verano sedans all down double digit percentages from the same months a year ago.

Importing the Envision has been long speculated but reportedly the company has been considering the public backlash it may face by doing so. In mid-November, Buick would not confirm the move. Volvo Car Corp. this year began exporting a China-made vehicle, the S60 Inscription sedan, to the U.S.

Jeff Schuster, senior vice president of forecasting for LMC Automotive, said in November that according to his forecasts, GM would begin importing the Envision in spring 2016 and could sell around 30,000 a year here.

For the U.S. market, the 2016 Envision will be offered with a 2-liter four-cylinder turbocharged engine generating 252 horsepower and a six-speed auto transmission. It also will have automatic start-stop fuel-saving technology and will feature a new twin-clutch all-wheel drive system. Fuel economy ratings are not yet available.

The Chinese vehicle was developed and engineered in Michigan. Some people have reported seeing the small crossover on area roadways. Fowle said engineers have been testing the vehicle for the U.S. market recently. For the U.S., Buick is adding HiPer strut front suspension for better steering feel, Fowle said.

Pricing for the Envision has not been announced, but will be competitive with others in the segment such as the Audi Q5, Acura RDX and Lincoln MKC, Fowle said.

Automotive News reported the Envision news earlier Friday. The vehicle will not be formally revealed at the North American International Auto Show next month in Detroit, but will be available to view, Fowle said.