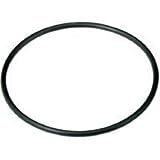 As much as 8 inches of rain could fall on coastal mountains over a 24-hour period starting late Wednesday, the National Weather Service said.

Ski resorts in the northern Sierra Nevada could get more than 2 feet of snow before the storm moves through Southern California and to the east with less strength through states including Nevada, Idaho, Arizona and New Mexico. Those states could get rain and snow, but nothing like what California is expected to experience, forecasters say.

“It’s a short amount of time for that amount of water,” weather service forecaster Diana Henderson said. “We are anticipating some localized flooding, maybe some downed trees and downed power lines. It could have an effect on a wide range of people.”

The storm is expected to be one of the windiest and rainiest in five years and could also cause debris slides, especially in areas affected by this year’s intense and widespread wildfires. Big waves are expected along the coast.

Public schools in San Francisco and Oakland and some private schools in the Bay Area planned to stay closed Thursday.

Wind gusts of up to 70 mph were expected on mountain tops, creating possible blizzard conditions in the Sierra. Rain, pounding surf and gusty winds were forecast for Southern California starting Thursday evening.

The weather service issued a high-surf advisory from the Central Coast to Ventura County, saying “waves will over-top jetties and sea walls at times” and “will potentially wash into low-lying beach areas or parking lots.”

In California’s agricultural heartland, farmers were looking forward to the dousing after three consecutive dry years. Parts of the state have experienced above-average rainfall this year, but not enough to make much of a dent in the drought.

James McFarlane, a third-generation farmer in Fresno County, said workers would have to stop picking citrus crops during the storm, but rain this time of year makes fruit bigger, allowing it to fetch higher prices.

“If we’re not getting some Mother-Nature-dictated time off out in the field, that probably means we’re going to have a hard time finding surface water in the warmer months,” he said.

The rain and the snow in the Sierra Nevada fills reservoirs that supply irrigation water during hot, dry months.

“We have crews working starting tonight in 12-hour shifts,” said Rachel Gordon, a spokeswoman for San Francisco’s public works agency. “It will be all hands on deck.”

Farther north, a series of strong weather fronts with high winds and heavy rains could lead to flooding and landslides this week in western Washington state.

The weather service expects as much as 14 inches of rain between Monday and Thursday in the Olympic Mountains west of Seattle.

Saturated soils will bring the risk of mudslides, while winds could topple trees.