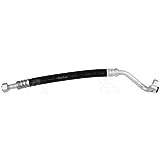 On balance, electric cars have been a miserable market failure, despite the massive amounts of hype directed at them. Consumers have been able to purchase a wide range of EVs for a decade, and yet the vehicles make up only about 1% of global sales.

Even that number could erode as federal tax breaks for new EV purchases expire. Buyers can currently claim up to $7,500 per vehicle, but once a carmaker crosses a certain sales threshold (200,000 cars), the incentive goes away. Tesla, for example, might lose this perk as it enters mass production of its high-volume Model 3.

Some have dubbed this the “valley of death” for EVs — because without the incentive, sales would dry up and die.

Tesla’s home state, California — where EVs have gained considerable traction — wants to do something about the issue.

The state, long a champion of electric cars, is considering a bill to provide rebates to EV buyers at the time of purchase, reducing the sale price right as customers drive off the lot by as much as $10,000. The bill, which proposes giving the most cash to low-income buyers, looks to set aside as much as $3 billion for the incentives. If passed, the program could help bridge the “valley of death” looming on the horizon for EV demand.

The program — which would translate into a $10,000 discount per car at the point of purchase — isn’t without controversy.

As Hull and Beene note: “Some automakers aren’t so sure about the bill. While everyone would like to sell more vehicles, there’s a worry fewer cars could be eligible under the new proposal.”

The difficulty would probably stem from regulations requiring that eligible vehicles meet a minimum standard of electrification, preventing carmakers from using what is sometimes derisively referred to as “compliance car” that they manufacture more to meet requirements than to sell to consumers. If the tax breaks are taken away, then the automakers will have almost no power to market these unpopular cars.

With EVs so unpopular, it’s clear that governments will continue to need to support them, with the end goal being sufficient market penetration to enable the cars to stand on their own. That could be a decade or more away, but the payoff would be significant in terms of reducing greenhouse-gas emissions, lessening dependence on oil, and providing consumers with more choice.