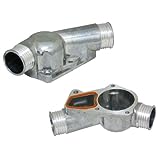 I felt uneasy last week when Ford CEO Mark Fields told reporters in San Francisco that fully autonomous cars would be available by 2020 — a prediction he has made before. My uneasy feeling is fear. Fields qualified his prediction saying fully autonomous Fords would work only on roads where the digital maps were high quality. Still, I have fear.

Then the Ford boss said that fully autonomous cars wouldn’t happen until after the regulatory and legal issues were worked out. That could be a while, as I remember it took two years to get a $23 erroneous phone bill removed from my credit report. But, “technology tends to lead all that,” Fields said, so being a tech fan, I understand his impatience with wanting to sell high-tech autonomous Fords as soon as possible.

I believe there are bigger hurdles for autonomous cars than regulations, though. One is alleviating customer fear created by things that don’t work. Here’s one example: Automatic high-beam headlight dimming systems, available on almost all luxury cars, use some technology necessary for autonomous cars. These are systems where the car will automatically switch the headlights from their brightest to a dimmer setting when oncoming cars approach so drivers are not blinded.

A notable leader in this technology is Audi, whose headlight beams are very bright, evenly spread in front of the car, and very well controlled when on their low beam setting, providing a wide pattern that is focused on the road and doesn’t stray into oncoming drivers’ eyes. Credit the company’s night racing experience.

But recently one night I was driving the flagship Audi S7, a turbo V-8 four-wheel-drive four-door model that is listed at $96,000, and its automatic headlight dimming system didn’t work in one situation. When I was driving down a hill on a two-lane road into a valley, and an oncoming car was descending into the same valley from the opposite side, the S7 high beams would not dim until I was almost adjacent to the oncoming car. I’ve experienced this in many other car brands, too. I don’t know if the substantial brightness of the S7’s full high beams caused the driver of the other car any discomfort, but that’s not the issue that bothered me.

When you don’t dim your high beams, it isn’t just the prospect of blinding the other driver that’s possibly dangerous, I believe, it’s the uncertainty created by not communicating to the other driver that you know he’s there, and that causes fear. Dimming the high beams tells him you know he’s there. Autonomous cars don’t understand human signals; they sense surrounding traffic without them. Autonomous cars don’t know fear, either. A failure to notify drivers by dimming high beams means oncoming drivers are left wondering if anyone’s paying attention. This causes fear.

If you watch semi-trucks at night on the Interstate highways, you’ll see trucks that are being passed signaling to passing trucks that they are clear to return to their lane by briefly shutting off their low beam headlights. Then the truck that was overtaking will flash its trailer taillights to acknowledge the signal. As slow as autonomous cars promise to be on the highway, I doubt they’ll blink their low beams when a truck passes. Autonomous cars don’t speak this reassuring language, either.

The result of my Audi high-beam dimming failure is I felt the need to leave my hand on the headlight dimming switch, because I was never 100 percent certain that the automatic dimming system would work. I’ve found this worry requires even more attention than using the high beam dimming switch manually. I figure I will carry this uneasiness with me into an autonomous car, with my hands and feet continuously covering all controls, all of the time. So then, what’s the point of an autonomous car?

Data from the NHTSA shows that just before a crash caused by distracted driving, one of the drivers wasn’t paying attention for three seconds prior to the crash. If high beams are not dipped when an approaching car is three seconds ahead of my car, I’m going to think the oncoming car’s driver isn’t paying attention. I will figure that statistically I’m at a great risk for a crash. Research from Toyota shows that it takes up to seven seconds for a driver to take control when an autonomous car alerts the driver that it can no longer be autonomous.