Yes, hackers can remotely cut the engine of your 2014 Jeep Cherokee. No, they can’t take down a plane.

Not yet, anyway. But it’s just a matter of time.

Here’s the thing about modern machines. They all operate on computer code. And when we hook them up to the Internet, we can send them code from a computer 1,000 miles away.

It’s why we’ve reached the point where Chryslers can be hacked over the Internet. Planes, trains, boats — they’re just next in line.

Why you can hack a car

Automobiles have always been “hackable.” Here’s a little-known fact: Since at least the 1960s, you could zap a car with radio waves, overloading coils and tinkering with some of the electronics.

Eventually, cars got loaded with a bunch of tiny computers scattered around the vehicle — with partial control of the brakes, steering wheel and accelerator. In the 1980s, cars got a backbone that connected all those computers together on a single network.

By the 1990s, you could tap into that network by physically connecting a computer to the wires in the car.

But it wasn’t until 2013 that we saw someone pull it off. Two computer security experts, Charlie Miller and Chris Valasek, became the first to demonstrate how a car could be hacked while sitting inside it. At the time, they had to physically connect a laptop to a car’s dashboard.

Naysayers said: Don’t worry. A hacker isn’t going to be inside the car with you.

Car makers claimed a car’s sensitive computer controls are separated from the infotainment system. But this week, two security experts went public with details about how they can remotely tap into the Chrysler infotainment system, then jump over into the car’s core controls.

Can you hack a plane?

The closest we’ve ever come to a plane hack happened in April. That’s when the FBI forced a cybersecurity expert, Chris Roberts, off a United flight in upstate New York.

Roberts told CNNMoney how — maybe 20 times — he had plugged his laptop into the box underneath his plane seat and viewed sensitive data from the avionics control systems. He was unclear whether he could actually control anything from that position.

So, now we know a hacker on board could reach the control systems.

But could a hacker do that remotely? Possibly.

A hacker would need to board a plane, leave a device on board that’s hooked up to the physical plane and inflight Wi-Fi. Then, the hacker would have to send it messages later.

“With those two things you could theoretically perform remote attacks,” Roberts said on Wednesday.

But if the rapid pace of technology has shown us anything it’s this: Today’s theories are tomorrow’s realities. 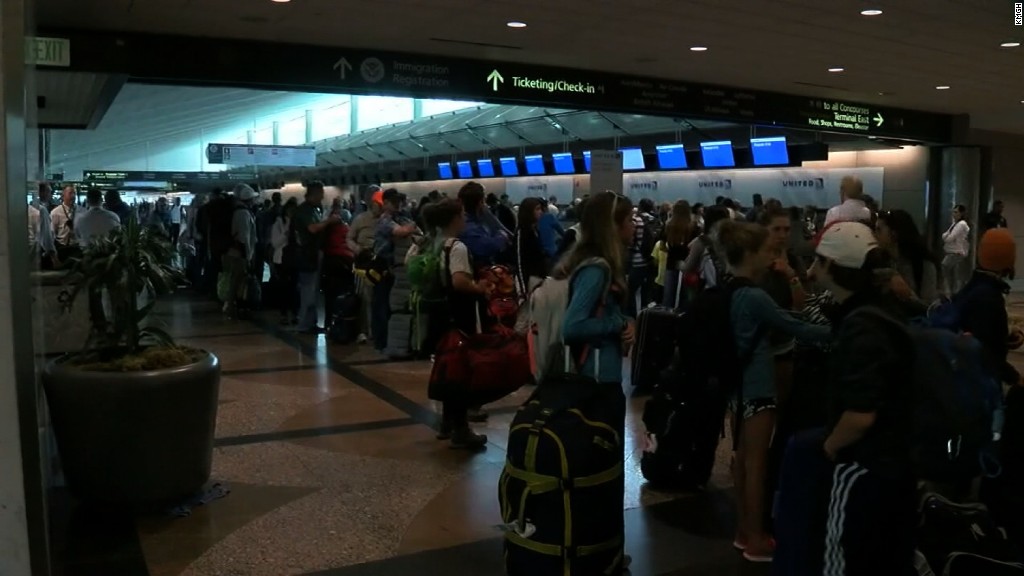 Related: Chryslers can be hacked over the Internet

Related: How hackers could slam your car’s brakes