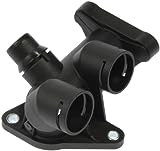 Cars.com ranks ‘Most American’ cars in annual American-made index – WATE 6 On Your Side

CHICAGO (WATE) – Cars.com, an online resource for buying, selling and now servicing cars, has released its annual list of the most American cars. The Toyota Camry ranked number one for the fifth time.

According to Cars.com, The American-Made Index takes into account three factors to determine how American cars are. This includes domestic-parts content, (or parts built in the U.S. or Canada), final assembly point and overall vehicle sales.

“This year’s list of eligible cars is down to just seven, the smallest number we’ve ever seen,” said Cars.com Editor-in-Chief Patrick Olsen. “Just five years ago, 29 cars qualified for the American-Made Index, and today it is fewer than 10.”

The Ford F-150, which claimed the top spot in 2013 and 2014, was not eligible as its domestic-parts content dropped below the allowable threshold in the all-new 2015 model. In 2014, the index leaned heavily toward foreign-based automakers, which made up 70 percent of the list.

Web extra: What percentage of your car was made in America?

In a new survey conducted by Cars.com, data indicates that American consumers care more than ever about buying from domestic automakers. Twenty-eight percent of respondents said they would only consider American automakers when shopping for a new car. While options for truly “American” cars continue to shrink, Americans’ interest in buying cars that support the domestic economy is still of great interest.