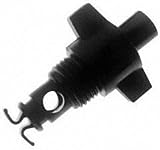 Cars Will Be the Talk of CES This Year – Fortune

If it wasn’t obvious this year, 2016 should erase any doubts that CES has turned into a major auto show. Nearly a decade ago, Ford became the first automaker to have an executive give a keynote speech at the annual global technology event.

Next week, as thousands descend on Las Vegas to attend CES, every major automaker as well as auto startups and other auto-related companies will be there. Two of the eight keynote presentations at the weeklong event will be by automakers, and nearly one quarter of the floor space at CES is dedicated to the industry.

It has become the must-attend event to showcase the latest auto tech—and even unveil cars. This year, two keynote speakers—GM CEO Mary Barra and VW CEO Dr. Herbert Diess—will use the stage to introduce electric cars. Diess is expected to premiere an electric concept car that the company has been teasing relentlessly for the past several weeks. A day later, Barra will showcase the production version of the Chevrolet Bolt EV, almost a year after showing off the Bolt as a concept car at the North American International Auto Show in Detroit.

It’s almost impossible to keep track every announcement at CES, an event (and its related activities) that now takes over much of the Vegas strip from the Las Vegas Convention Center all the way down to the Mandalay Bay hotel. Here are a few companies and trends to watch for:

Faraday Future: There’s a lot of hype surrounding its event on Monday because we know so little about the secretive electric car company. Until a month ago, it said little about its plans. But thanks to a few teaser videos, and more importantly, documents from Nevada’s state government, we know a lot more, including that Chinese billionaire Jia Yueting is one of the founders and that the company plans to build a $1 billion electric vehicle factory at an industrial park in North Las Vegas. On Monday, the company will finally reveal what it’s working on, which appears to be an electric vehicle that people won’t necessarily own, but instead rent.

Nvidia: Just before the Faraday Future presentation, Nvidia will hold its event. Nvidia makes chips called graphics processing units commonly used in video games and increasingly in car infotainment systems. The company is trying to expand its automotive business, including a product essential for autonomous vehicle technology. Nvidia will likely make several announcements at its event, expect at least one to center on cars and artificial intelligence.

Crossover: No, not the vehicle category. I mean telecom, software companies, and chipmakers crossing deeper into automotive territory. Nvidia is a perfect example, but it doesn’t stop there. Telecom companies are becoming important partners for automakers too. For example, AT&T already works with Audi, BMW, GM

, Tesla, Nissan, Volvo, Subaru and Jaguar Land Rover. Verizon’s connected car division works with Volkswagen and Mercedes Benz. Look for telecom companies like Verizon, AT&T and chipmakers like NXP and Qualcomm to show off how their new products are enabling automakers to add new features to cars such as mobile data connections and visual displays.

Get Data Sheet, Fortune’s daily newsletter about the business of technology.

Sensors, cameras, and radar: Self-driving cars, like the one Google has built, can’t operate without them. Automotive suppliers are in a race to create smaller, more powerful sensors and radar. Chipmakers, meanwhile are selling their computing platforms that allow all of this gadgetry, including GPS, sensors and radar to function properly in the car.

Ford: There’s been a lot of speculation about what Ford will announce at CES. Will it kick off a partnership with Google to deploy fleets of self-driving cars, as it’s been reported recently? As they say in Vegas, don’t bet on it. Ford is morphing from a traditional automaker that makes money from producing and selling cars into one that taps into helping people get around, including car-sharing and shuttle services. But that doesn’t mean Ford will pursue these experiments in transportation with a partner. When Ford CEO Mark Fields takes the stage Tuesday morning, expect to hear about where the company is headed with autonomous driving and connected vehicle technology.

Autonomous vehicle tech: Automakers are taking a variety of approaches to autonomous driving. Kia is expected to give details about its push. Audi, Volvo, and Mercedes Benz will also talk about varying degrees of autonomy, much of it related to safety.