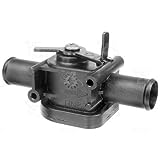 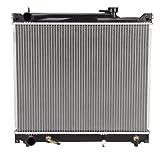 ATLANTA—Well folks, they’ve done it. With the 2017 Corvette Grand Sport, Chevrolet may well have built the best Corvette ever. That was our take-home message after a day spent driving the car at Atlanta Motorsports Park and on the sinuous nearby mountain roads. The concept behind the car is simple but effective: carry over all the suspension and aerodynamic goodies from the range-topping Z06 without the overheating problems that have beset that model’s supercharged 650hp (484kW) engine. Oh, and it’s a lot cheaper than the Z06 too—just $66,445 for the coupe.

First, a little history: the Grand Sport name was first attached to the Corvette way back in 1962. The father of the Corvette, Zora Arkus-Duntov, wanted to take the car racing. The plan was to make 125 Grand Sports to race at Le Mans, Sebring, and elsewhere, competing for glory against thoroughbred European machines like Jaguar’s Low Drag E-Type and Ferrari’s legendary 250 GTO. Sadly, corporate edicts at the time forbade GM from creating a factory racing program, and Arkus-Duntov’s plan was rumbled by management. Instead of the planned 125 cars, only five were built in the end.

The Grand Sport moniker showed up again a couple of decades later, this time as a limited edition run-out model for the C4 Corvette (just 1000 were built). The second Grand Sport was distinguishable from lesser ‘Vettes by its deep Admiral blue paint. Adorned with a white stripe and a pair of red hash marks on the front fenders, it also featured bulging rear arches and a 330hp (246kW) LT4 V8. After skipping a generation to the C6 Corvette, the next Grand Sport was actually the best-selling variant of that particular car. Released in 2010—and finally available as a convertible as well as a coupe—more than 28,000 were sold. But that was then, and this is now, and you probably want to know about the new car.

The newest Grand Sport sits in the middle of the Corvette range, between the base Stingray and the supercharged Z06. The latter car was designed with the track in mind. Wider than the regular Stingray, it got extra cooling vents, a wider front- and rear-track for better road holding, and plenty of aerodynamic improvements. It also got a significant power upgrade, ditching the naturally aspirated 6.2L LT1 pushrod V8 for a supercharged LT4, good for 650hp (484kW) and 650lb-ft (881Nm).

After experiencing both Stingray and Z06, we felt that the latter only made sense for owners who planned on plenty of track work. But there was a problem. As most of us know, the internal combustion engine is still not that efficient—even the best motors convert less than half of the energy they consume as gasoline into work, losing the rest to heat and sound. And in the case of the LT4, too much heat—Z06 owners found they were only able to complete a few laps around the track before the temperature gauge put paid to all the fun.

Chevrolet evidently recognized as much. Not only is the newest Grand Sport powered by the same dry-sumped 460hp (343kW), 465lb-ft (630Nm) LT1 engine, but production of the Z06 has been suspended for the time being while work is underway on a redesigned supercharger cover and additional cooling measures.

Design-wise, the Grand Sport copies almost all of the Z06’s wider and more aerodynamic body. There are the same flared wheel arches, and the Z07 additions are also available as an option (although without the massive front splitter and tall end caps for the rear spoilers). But it keeps the Stingray’s low hood, since there’s no supercharger hump to accommodate. It gets some unique bits as well—notably Grand Sport-specific fender inserts and alloy wheels (first seen on the 2010 car).

The brakes and suspension are also carried over from the Z06, including the optional and extremely capable carbon ceramic brakes. Magnetorheological dampers are standard, and the car has unique springs and stabilizer bars. Between the rear wheels is Corvette’s clever electronic limited slip differential—despite the name, this is a mechanical diff and not a brake-based system as found on cars like McLaren’s 650S. Buyers choose either a seven-speed manual transmission with rev-matching on downshifts or an eight-speed automatic. Like other modern Corvettes, all of these bits talk to each other and change behavior with the twist of a dial on the center console.

Have a long and boring highway cruise? Set the dial to Eco mode and the suspension and steering soften up, exhaust valves make things quieter, and cylinder deactivation makes 29mpg possible. Rain? Set it to Weather and the throttle is remapped, traction control adopts a new attitude, and torrential downpours (or even snow, as we experienced in April) are no problem. At the other extreme is Track, which results in a linear throttle map, firmer suspension, direct steering, and so on. Track actually has settings that alter the differential and traction control to account for weather or a desire for greater slip angles before the electronics rein everything in.

Tweaks to the interior bits include the brushed aluminum passenger grab handle and a Grand Sport badge on the dash. If you choose the limited Collector’s Edition you get unique Tension Blue leather and suede, complete with embossed Grand Sport race cars on the headrests. These cars also get their own specific vehicle identification number sequence.