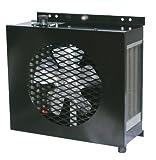 Chevrolet has announced today that they are offering a new unlimited plan for U.S. Chevrolet owners who have an in-vehicle OnStar 4G LTE Wi-Fi hotspot. The unlimited option will also be available standard for all new Chevrolet models. The new plan is priced at $20/month with service provided by AT&T.

Chevrolet is claiming to be the first major automaker to offer an unlimited in-vehicle data plan. The automaker shared interesting data about its customers who have been using the OnStar LTE hotspot in Chevrolet vehicles over the last few years. In 2016 in-vehicle data usage grew almost 200% as compared to 2015.

To put this data usage in perspective, Chevrolet owners and their passengers streamed the equivalent of more than 17.5 million hours of video in 2016.

“We have contractors bidding jobs in their Silverados, families streaming movies in their Suburbans and Malibus and everyone tapping into the cloud for music,” said Alan Batey, president of GM North America and global head of Chevrolet. “With the most affordable unlimited 4G LTE data plan in the auto industry, the widest availability of Apple CarPlay and Android Auto and new connected services like OnStar AtYourService, our momentum can only grow.”

It seems clear that Chevrolet is making technology integration a top priority with CarPlay and Android Auto offerings in addition to OnStar and this new unlimited data plan. They also claim they have more 4G LTE equipped vehicles on the road than any other auto manufacturer and expect the popularity of this feature to continue to grow.

As the first automaker to offer 4G LTE connectivity across its entire retail portfolio, Chevrolet has sold more than 3.1 million OnStar 4G LTE-connected vehicles since June 2014 and has more vehicles on the road equipped with 4G LTE than any other automaker.

Chevrolet’s new unlimited prepaid data plan via OnStar and AT&T will be available starting tomorrow for $20/month. It doesn’t seem to be a limited time offer (as least for now) and looks to be a great deal as currently the $20/month option is for 4GB with $40/month giving customers 10GB.

Chevrolet refers customers to OnStar’s website for more details, although the new unlimited plan isn’t showing up currently. There also doesn’t appear to be any information on whether this new plan will have a throttling threshold or not. However, a quote from AT&T’s IoT Solutions president Chris Penrose alludes to there being no data restrictions:

Accessing the internet through AT&T’s 4G LTE Wi-Fi, passengers now can access all of their content and enjoy endless entertainment on the go.

You can read the full press release on Chevrolet’s website. As for your standard wireless service, all major U.S. carriers have recently updated or introduced new unlimited plans. To get a handle on the differences and see if now is a good time to switch, check out our complete breakdown here.