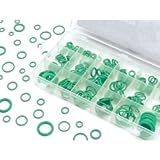 When asked what gifts she’d asked Santa for, Devon answered with a bashful shrug. She knew Santa made his rounds in a sleigh pulled by reindeer. But she wasn’t quite sure where he lived.

“He lives here!” she said, pointing to his seat in the mall’s atrium.

In between visits from children, Santa waved at mobs of shoppers as they walked past, wishing each a merry Christmas. When it was his turn, 5-year-old Samuel Ruiz posed with his family for a photo with Santa. Then, he launched into his wish list.

Samuel asked for a Lego set with a helicopter, a bow and arrow, and a construction hard hat. When he had finished, Santa had a request for him, he said.

Saturday was Easton Partridge’s first time to meet Santa. Easton, 4, looked uncertain at first, as the photographer snapped away. But when Santa asked what he wanted for Christmas, his face brightened. Easton asked Santa for Batman toys.

Although he was a first-timer, Easton knew exactly why he was there.

“I’m going to get presents!” he said.