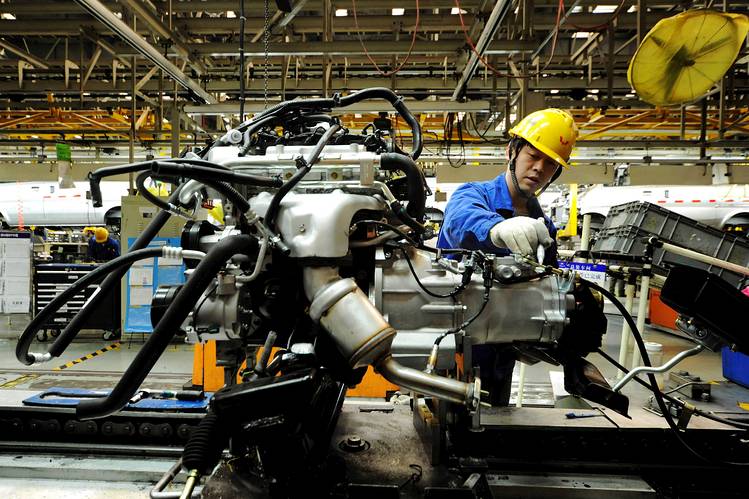 SHANGHAI—Growth for car sales in China reached a five-month high in May as auto makers launched new models and dealers continued to offer significant discounts.

May is traditionally one of the year’s big sales seasons, as new car models start to arrive at dealerships following the country’s biggest motor show, which this year took place in Beijing in April.

According to Ways Consulting Co., a Chinese consulting firm focused on the automotive industry, dealers offered an average 10% discount on cars in May, which was largely unchanged from April.

Also, some macroeconomic factors that had been a drag on sales seem to be fading. Property sales growth has started to moderate after a spurt in the first quarter and trade volumes on stocks fell for a second month in May. Rising stock and housing markets had diverted cash from car purchases. Meanwhile, gasoline prices remain relatively low.

While the sales uptick is a positive sign for the global auto makers that depend on China for growth, companies remain cautious about a prolonged economic slowdown. While shipments to dealers gained 11% last month, auto makers produced 5.5% more cars in China compared with the year-earlier period.

This is being reflected in dealer inventories. The latest survey of China’s more than 20,000 dealers by the China Automobile Dealers Association, a government-backed trade group, showed that at the end of April, dealers on average had inventories equal to 1.54 months of sales, down slightly from 1.55 months in March. In China, analysts say 1.5 months of sales on lots is the level at which dealers should begin to be concerned about high inventory.

The overall pace of sales has been slowing after a decade of extraordinary gains for auto makers. In a bid to support the industry, Beijing has introduced a series of support measures. A halving of the 10% purchase tax on small-engine cars, coupled with favorable credit policies, has helped increase sales since the fourth quarter of last year.

Analysts have cautioned that the policy could have pulled demand forward, threatening a stall in growth after it expires at the end of this year.

In total, China’s combined sales of passenger and commercial vehicles reached 2.1 million units in May, up 9.8% from a year earlier, the auto manufacturers’ group said.

SUVs continued to be the brightest spot in the market, with a year-over-year sales increase of 36% with 627,000 units sold, according to the auto association.


and its joint ventures delivered about 295,000 vehicles to Chinese consumers last month, up 17% from a year earlier, citing strong demand for SUVs.