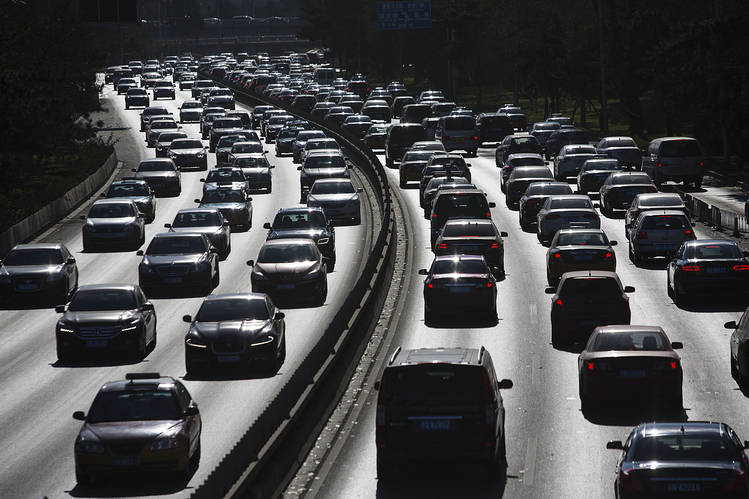 SHANGHAI—China’s new car sales fell in February compared with a year earlier, the first such fall in six months as demand eased after the Lunar New Year holiday amid concerns about the outlook for the economy.

Analysts said dealers were wary of taking on too much inventory, as a plunging stock market in the first two months of the year exacerbated worries about cooling demand.

“We were repeatedly told by industry contacts that there was ‘no visibility’ beyond the Lunar New Year,” said Robin Zhu, a senior analyst at research firm Sanford C. Bernstein.

However, he added that “while it could be argued that an earlier Lunar New Year holiday this year has been negative for car sales growth, we believe the recent trends point to industry volume growth in the mid-single digits.”

China sold about 1.38 million cars—sedans, sport-utility vehicles and minivans—last month, down 1.5% from a year earlier, the China Association of Automobile Manufacturers said Thursday, citing slow seasonal sales during and after the Lunar New Year holiday, which came earlier this year.

The national holiday fell in early February, about 10 days earlier than last year, so that the usual preseason surge in sales started earlier at the end of 2015, said the auto-manufacturers’ group. December’s new-car sales jumped 18% on year.

The first two months of the year saw slower sales growth, up 5.1% compared with the year-earlier period, with 3.61 million vehicles sold. The growth was slower than the expected 7.8% rise forecast by the auto-manufacturers’ group for 2016.

Despite slowing expansion, Yao Jie, a deputy secretary-general at the auto-manufacturers’ group, said the association is maintaining its projection. “Although sales gains narrowed compared with the last quarter [of 2015], we think it’s still within a reasonable range,” he said.

Zhu Feng, a dealer selling American brands such as Buick in Shanghai, said he was wary about the current level of demand. “Even with our best- selling models, we are very cautious. It’s too risky to put too many cars on the lot,” he said.

In an analysis of February’s car market, the China Passenger Car Association, a major trade group, said in addition to the holiday factor, it believes that the recent declines in the stock market and rises in housing prices also had an impact on car sales.

China’s benchmark Shanghai Composite Index fell by around 25% in the first two months of this year, while housing prices in China’s largest cities have gained in the past six months. China’s new-car sales stalled in the summer last year between June and August when plummeting China shares also highlighted concerns over the nation’s economy.


each reported a 9% decline in vehicle sales in China, and Honda Motor Co.
HMC

In February the brightest spot in the car market was once again held by the SUV and crossover segment, sales of which rose 44% from a year earlier, nearly 150,000 million vehicles more than in the same month of last year. By contrast, the sedan segment saw a further year-over-year decline of 18%.

Data from the auto-manufacturers’ group also showed that combined sales of passenger and commercial vehicles totaled more than 4 million units between January and February, up 4.4% from a year earlier.