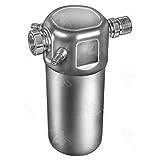 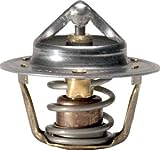 The Auburn Hills unit of Fiat Chrysler Automobiles NV said it is recalling some 2014 Dodge Durango and Jeep Grand Cherokee SUVs because they may have internal electrical short-circuits that could cause the airbags and other passenger restraint systems to fail.

This condition may cause air-bag warning lamps to illuminate, a signal that supplemental restraint systems such as air bags and seat-belt pretensioners may be disabled.

Chrysler said it is unaware of any related injuries or crashes. Dealers will replace the control module. In the interim, customers are advised to use seat belts as always, Chrysler said.

Last month Ford said its recall of 850,000 vehicles for airbag problems would cost the company $500 million as it warned of lower than expected profits for the year. Ford said it was upping its costs for recalls and warranty reserves by $1 billion, including the $500 million recall charge.

In an Oct. 2 letter, Farmington Hills-based Robert Bosch LLC notified the National Highway Traffic Safety Administration that a similar part used in recalled Ford vehicles had also been used in some Chrysler models. Chrysler said it was notified of the issue by Bosch, which prompted an investigation by Chrysler engineers.

The Chrysler parts had a similar application of a coating as did the Ford parts.

Ford said its latest recall was prompted by an electrical glitch which could prevent the air bags from deploying in a crash. The recall covers some 2013-14 Ford C-MAX, Fusion, Escape and Lincoln MKZ vehicles in North America. The restraints control module is to blame. It can short-circuit, Ford said.

Ford said if a short circuit occurs, the air bag warning indicator will illuminate. Depending on the location of the short circuit, the air bags, pretensioners and side curtains may not function as intended. It may also affect other systems that use data from the module, including stability control.

Bosch said 2 percent of the Ford airbag modules had exhibited a short but warned that could increase.

The 2013 Escape, included in the callback, has in a short period become one of Ford’s most recalled vehicles. This marks the 12th recall for various versions of the 2013 Escape; Ford has issued 41 technical service bulletins for various problems.

Ford said it is not aware of any crashes or injuries related to the faulty module.

This is the latest in a series of millions of vehicles recalled in 2014 for airbag related problems by the auto industry. More than 10 million vehicles this year have been recalled for various airbag issues led by General Motors Co. recall of 2.6 million older Cobalt, Ion and other cars linked to defective ignition switches that prompted the airbags not to deploy in frontal crashes.