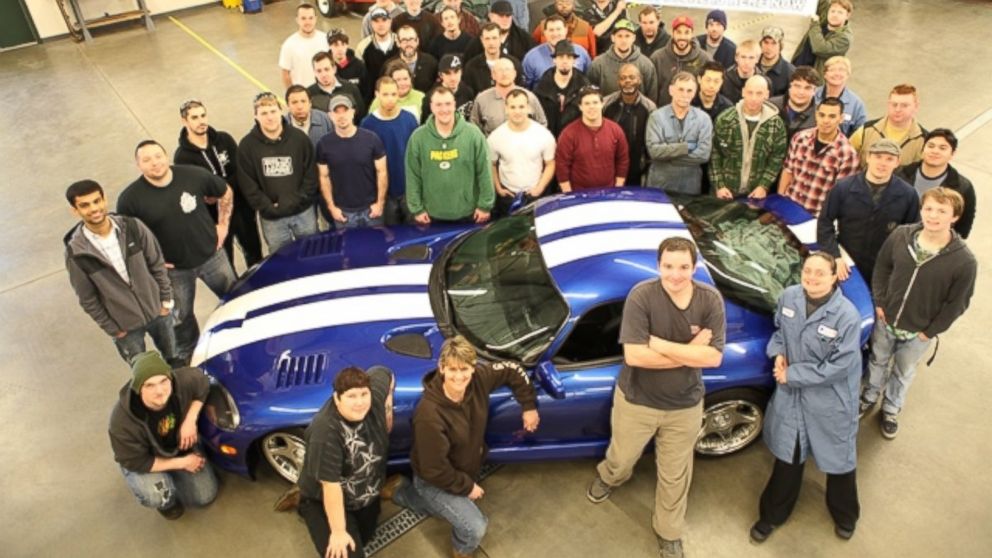 Automotive students and faculty at a community college in Washington are distraught after learning that their beloved 1992, one of a kind, $250,000 Dodge Viper has been ordered destroyed by the car’s manufacturer, Chrysler.

The car was donated to the Tacoma, Wash., college eight years ago by Chrysler for students in their automotive program to use the car as an educational tool.

“We destroy cars all of the time, but that’s usually because they have lost their educational value,” Chapman said. “This here is kind of unique and the students are definitely up in arms about it. It has around 600 horse power and it will go 200 mph really easy. It’s definitely a race car. There are no frills in it, but it’s definitely a speed machine.”

In addition to the students’ use of the car, it is also used for promotional purposes to attract high school students to the school program.

The Viper model is so rare that Jay Leno once tried to buy the car from Chrysler, but they would not sell it to him because the car is not street legal.

An e-mail was sent by Chrysler to Chapman earlier this week simply telling the school that, “Chrysler Group LLC will be eliminating all Dodge Vipers from its educational donations fleet.”

The school has two weeks to destroy the car and present the proof of its destruction to Chrysler.

School officials say that Chrysler has not said why they want the car destroyed, but that a contract signed when the car was donated by Chrysler states that the school is responsible for having it destroyed if Chrysler wants to eliminate the fleet.

“I have no idea. That’s pretty secret there, but the contact that I talked to said it was for liability reasons,” Chapman said. Chapman also said that it was rumored that similar cars had “gotten loose” at other schools and involved in accidents.

A statement from Chrysler said, “As part of the donation process, it is standard procedure — and stipulated in our agreements — that whenever vehicles are donated to institutions for education purposes that they are to be destroyed when they are no longer needed for their intended educational purposes. With advancements in automotive technology over the past decade, it is unlikely that these vehicles offer any educational value to students.”

The school’s Viper is a pre-production car and its VIN number indicates it was the fourth vehicle off the production line and one of the first hardtop Vipers made.

Students have started an online petition to save the Viper and maybe have it preserved in an automobile museum, but Chapman says there is no way to save the car unless there is some sort of presidential pardon or the governor’s support.

“Chrysler Group fully understands and appreciates the historical significance of the Viper and is very active in preserving many of its legendary models and designs for historic purposes however, none of these vehicles fit into this category,” Chrysler said.