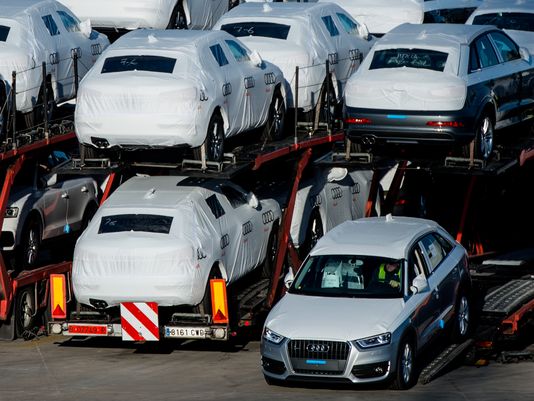 CONSUMER REPORTS – Lexus, Toyota, and Audi are the most reliable carmakers, according to Consumer Reports’ just-released annual auto survey. Based on information from its subscribers covering more than 740,000 vehicles, Consumer Reports compiled predicted reliability ratings for 170 models. It found that the biggest problems with many cars are with the new automatic transmission technologies and the in-car electronics.

On the list for 2016, the least reliable car is the Fiat 500L, followed by the Ford Fiesta, Cadillac Escalade, Jeep Cherokee, and Chevrolet Corvette.

The most reliable vehicle of all is the Audi Q3. And top of the pack among small SUVs are the Kia Sportage, the Toyota RAV4, and the Subaru XV Crosstrek.

Consumer Reports also ranked 28 car brands for reliability. This year, Lexus is the most reliable brand, followed by Toyota, Audi, Mazda, and Subaru. Kia is now in the sixth spot. Buick, at number seven, is the only American brand to make it onto the top-ten list. Honda has fallen to eighth place. Consumer Reports says that’s mainly because of problems with its infotainment system and glitches with the transmissions in new and freshened models.

Ratings and recommendations on all kinds of products, including appliances, cars and trucks, and electronic gear, are available on Consumer Reports’ website. Subscribe to ConsumerReports.org.